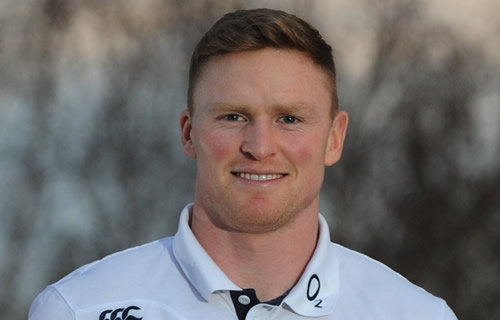 Chris Ashton insists his fire to star on the international stage has never burned brighter after being frozen out by Stuart Lancaster in this year’s Six Nations.

Despite being a part of England’s Six Nations squad, winger Ashton’s only involvement to date has been on the training pitches at Pennyhill Park as he has been cut loose for every game and sent back to Saracens.

Starting in his place on the wings have been new flavour of the months Jonny May and Jack Nowell, although the youngsters still await their first Test tries.

And with fellow young guns Christian Wade and Marland Yarde in the mix as well, albeit having spent time on the sidelines injured of late, Ashton faces a fight on his hands to get back into Lancaster’s good books.

However, it is a fight he is more than ready to give his all in, especially with a Rugby World Cup taking place on home soil in a little over a year’s time.

And Ashton is adamant the new kids on the block have given him the ammunition he needs to fire himself back into a Red Rose shirt.

“These things are tough but it is something that every player has to go through in their career, I don’t think there are many that it will not have happened to,” he said.

When you are on the wing it is a lot more exposed, if you miss that tackle it is a lot clearer to see

“The good players do bounce back, but sometimes they don’t and you never see them again, hopefully won’t be the case with me. I will be able to get my hand up and stake a claim for the shirt again.

“There are so many things I want to accomplish, a Grand Slam, a World Cup on home soil, Lions, all new territory that I want to be involved in.

“I won a Six Nations before but never the Grand Slam, that’s right at the top of things I want do but first and foremost I have got to get back in the team.

“The main thing I have taken away is they are not looking for people who are exceptional in one area and then pretty bog standard in another. You have got to have an X-factor and be solid in all other areas as well.

“When you are on the wing it is a lot more exposed, if you miss that tackle it is a lot clearer to see than it is in the middle of the pitch.

“But that’s part of the game, you are accountable for it and it’s something that I work on and have got to keep working on.

“It’s about building that trust back now, to give the coaches faith that in that situation again you are going to make those tackles.”

Despite being just 26 years old Ashton is very much seen as the wise old head of England’s current set of wingers, with May the oldest of the new school at 23.

And while he admits his international clock is ticking Ashton is not about to accept his time is over in an England shirt any time soon.

“Wing is something that if you are a young lad and you’re quick and you’re doing well then you are going to be in the frame, there’s not much I can do about that,” he added.

“It’s also the position that people are out the earliest, the forwards are all still there, gnarly old veterans holding on.

“But it just means that I have got to keep involving myself, pushing yourself as best you can.

“It was always going to happen to me, wingers are always going to come through. It’s just a matter of keeping yourself in the room and thankfully being at a club like a Saracens I have that chance.”

Matt Mullan, Chris Ashton and Henry Thomas are representing the England team on behalf of Marriott Hotels, official partner of England Rugby, see how Marriott is reinventing travel at TravelBrilliantly.co.uk