Six Nations 2014: Munster wing Simon Zebo is included in the 33-man Ireland squad ahead of the Six Nations meeting with Italy 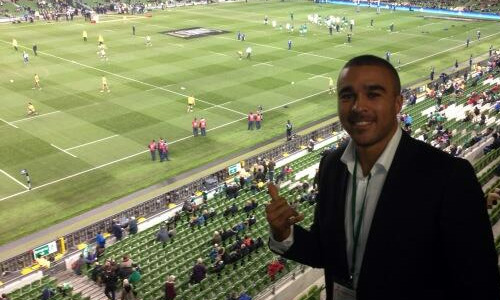 Simon Zebo has been included in Ireland’s 33-man squad ahead for Italy’s visit to Dublin on Saturday.

After scoring two tries on his return for Ulster against Newport Gwent Dragons on Friday night, Tommy Bowe “will continue to follow a staged return to play programme” and has not been called up.

Luke Marshall has been left out after taking a knock to the head with Ulster team-mate Darren Cave taking his place among the backs as Munster wing Zebo replaces province team-mate Felix Jones who suffered a knock to the knee, while scrum-half Isaac Boss has been given a week off.

Among the forwards, Leinster’s Richardt Strauss has been called up as he comes back from heart surgery with Ulster’s Robbie Diack replacing the injured Tommy O’Donnell who received a stinger and faces a week of recovery.

Ireland have fitness concerns over Peter O’Mahony, Jonny Sexton and Brian O’Driscoll ahead of the fourth round of this year’s Six Nations with Ulster’s Paddy Jackson expected to start in place of Sexton with the Racing Metro outside-half nursing thumb ligament damage.