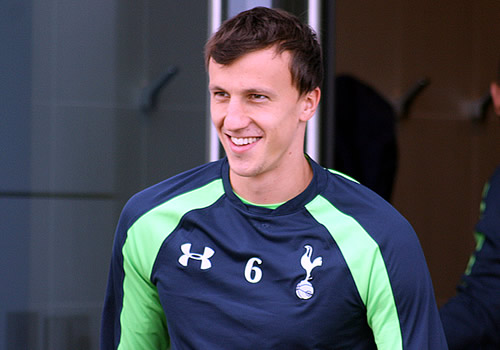 Tottenham Hotspur have been handed a boost ahead of their trip to Liverpool with the news that defender Vlad Chiriches has returned to first-team training following a back injury.

The 24-year-old Romania international has been out of action since the end of January and last featured for Spurs in the 5-1 defeat by Manchester City at White Hart Lane.

Spurs boss Tim Sherwood confirmed that the defender is back in training and says that he is making positive progress in his recovery.

“Vlad has been out for a while and we have to make sure we take our time with him,” Sherwood told Spurs’ website.

“We’re pleased to see him back in training this week and we’re looking to drop him back into Friday’s Under-21 game against Arsenal at the Lane.

“He’s trained well and he hasn’t felt any reaction to his back, so we’re well pleased with that.”

Chiriches has scored one goal in 13 Premier League apparances for Tottenham so far this season after joining Spurs from Steaua Bucurest last summer.