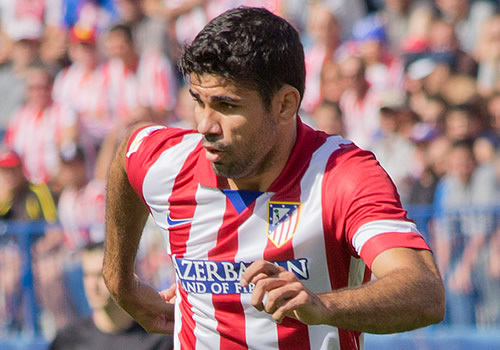 Diego Costa has warned Chelsea that Atletico Madrid travel to Stamford Bridge in their “best form” ahead of their Champions League semi-final showdown.

The La Liga side were kept out by Jose Mourinho’s men at the Vicente Calderon last week as the Blues sealed a goalless draw in the first leg of the last-four clash.

But striker Costa, who has been heavily linked with a transfer to Chelsea in the summer, is expecting a different encounter in west London.

“The game will be a little bit different to how [Chelsea] set up at the Calderon,” said Costa.

“I believe they will have to come out a bit more. We are going there in our best form, and we believe we have a chance to do something really big.”

• Chelsea have won only one of their four previous Uefa competition semi-finals against Spanish opponents, against Barcelona in the 2011-12 Champions League semi-finals. They lost to the same opponents in that competition in 2009 and, in the Cup Winners’ Cup, against Mallorca (1998/99) and Real Zaragoza (1994-95).

• Samuel Eto’o’s 12 goals in all competitions this season have all come at home.