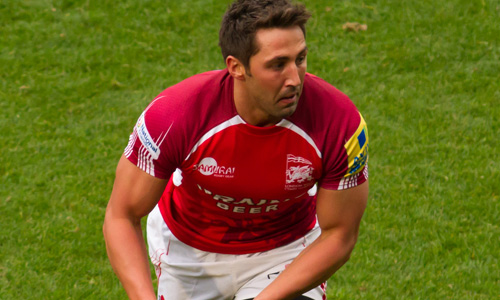 The 32-year-old had struggled to break into the starting XV since joining the club from relegated London Welsh in the summer, but a recent spell of good performances at inside centre has been enough to convince bosses at the Rec of his value.

The new deal is the first time the Wales international has spent more than a season with a club since he returned from a sabbatical in 2010, having played for Saracens, Toulon, Cardiff Blues and London Welsh in the last four seasons.

Henson bounced back from a difficult start to his Bath career when he was knocked out by a team-mate on a night out to play in 11 of Bath’s 18 Premiership matches, mostly from the bench, as well as featuring in their cup and A team campaigns.

“Gavin is a real professional,” said Bath head coach Mike Ford. “Everything he does is about being as well prepared as possible for every session and match.

“He is experienced, talented and versatile in equal measure, so we are very pleased to have him with us for another year.”

Henson—who won the last of his 33 Wales caps in the warm-up game against England ahead of the 2011 Rugby World Cup—had been linked with a return home with former Ospreys mentor Lyn Jones interested in taking him to Newport Gwent Dragons.

But Jones ruled out signing him on Tuesday.

The versatile back, who can play at either centre position, at outside-half or full-back, impressed with a man of the match performance, setting up two tries in Bath’s convincing 39-7 win over Brive in the quarter-finals of the Amlin Challenge Cup on Sunday.

“I’m very happy to be staying,” Henson added. “This is a top club and I feel excited about what this group of players can achieve.

“It is great to be part of it and I feel proud at the thought of playing more rugby for Bath.”