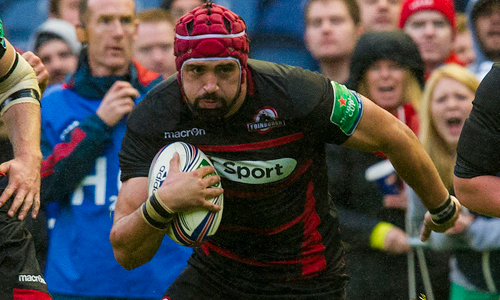 London Irish have confirmed the capture of powerful Edinburgh lock Sean Cox as they continue to build for the 2014-2015 Aviva Premiership season.

The 29-year-old Lancastrian, who has made 61 appearances for the Scottish club, will return to the Premiership after beginning his career with Sale Sharks.

“After speaking with Brian [Smith] regarding the vision and ambition of the club I’m looking forward to the challenge and being back in the Premiership.

“I’ve had some incredible highlights at Edinburgh and wish to thank the club for the last three seasons.”

The 6ft5in forward has impressed the Exiles with his consistent physical and dynamic performances in his three years in the Scottish capital since moving north of the border in 2011 and will be a boost to the London Irish second row with veteran Ian Gough returning to Wales with Newport Gwent Dragons in the summer.

Cox has been capped at age-grade level for England, but also qualifies for Scotland on residency grounds, but has yet to be called up for either at senior international level.

“He’s an outstanding lineout forward with a high work rate and offers plenty around the park. He’s bought into what we want to achieve and will add real steel in the pack.”