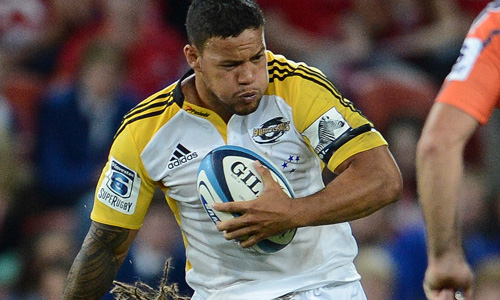 The Samoan powerhouse, 25, has excelled at centre and on the wing and will head to Adams Park at the conclusion of the current Super Rugby season in August.

“We have been really impressed with what we have seen of Alapati and he will add power and pace to our backline options,” said London Wasps director of rugby Dai Young.

“We have identified the type of players we need to add to the side and he fits the bill very well. He is powerful, has good feet and knows where the try line is, and I am sure he will make a big impact here.”

Leiua, who also plays for Wellington in the ITM Cup, returned from injury and impressed to help them reach the 2013 final.

He made his Test debut on the right wing for Samoa in their 27-17 win over Scotland in Durban in June 2013, and toured with Samoa on their end of year trip to Europe increasing his number of caps to four.

His move to English rugby could give him the opportunity to play against his brother Ofisa Treviranus, a former Samoa 7s player now a flanker with London Irish.

“After considering a number of options the decision to join London Wasps was made easy after meeting with Dai Young and hearing his vision for the future of the club,” said Leiua.

“I am very excited to be playing in the Aviva Premiership next season and look forward to contributing to the success of London Wasps.”