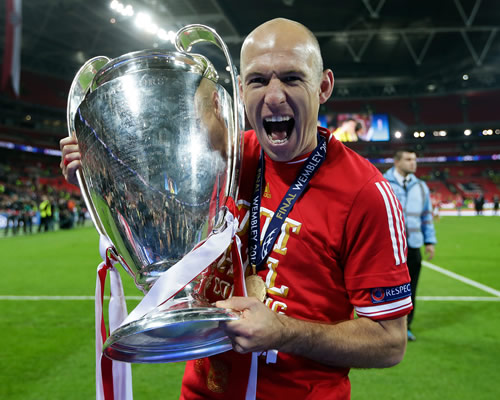 Arjen Robben insists that Bayern Munich can be pleased with their 1-1 draw at Manchester United in the first leg of their Champions League quarter-final.

Bastian Schweinsteiger’s half-volley cancelled out Nemanja Vidic’s header to earn a draw ahead of the return leg at the Allianz Arena next Wednesday.

At least it’s better then 0-0. We scored an away goal

And Robben feels that Pep Guardiola’s side can be satisfied with the result as they look to become the first team to retain the Champions League title.

“I didn’t like it that people from outside underestimated United. The media were talking about them as though they would be easy to beat. I mean, after all you’re playing against United at Old Trafford.

“We have to move the ball quickly and find the space. We didn’t create many major chances, but we’re satisfied with 1-1. Next week we have to give it our best again.”