Chinese Grand Prix 2014: Mercedes driver Lewis Hamilton is bidding to make it three wins in a row in Shanghai 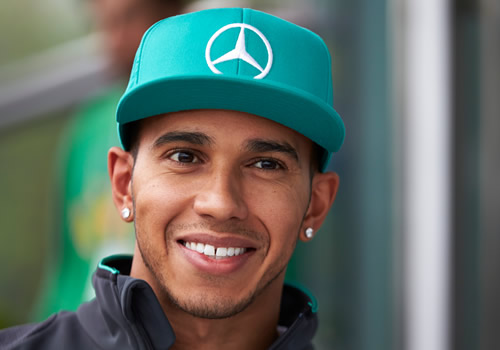 Mercedes driver Lewis Hamilton is aiming to make it three wins in a row at the Chinese Grand Prix this weekend.

The 29-year-old, who has already claimed victories in Malaysia and Bahrain this year, is focused and eager to get back into the car to try and claim the maximum 25 points in China.

“It’s been good to have a bit of a break after such a long stint away but I’m already looking forward to getting back in the car,” said Hamilton.

“Generally, though, I’m getting stronger every time I come to this track and it suits my driving style quite well.

“The aim, as always, is to win and if I could make it three in a row this weekend that would be incredible.”

“The last race in Bahrain was fantastic: not just for us as a team but for the sport and I’m sure it won’t be the last time we see a great show this year. I’m in a really good place at the moment and walking around the garage too, you can see the positive energy within the team right now.”

It hasn’t always been plain sailing for the Briton at the Shanghai International Circuit, with Hamilton having experienced a few disappointments at the track.

“I’ve had some ups and downs in China. On one side I’ve only finished outside of the podium places twice at this circuit. On the other, in my first season in Formula 1 I threw away a championship lead here by going into the gravel coming into the pits.”

“Everyone is focused on getting the maximum from these early races and continuing to build beyond the strong start we’ve made to the season.”

The 2008 world champion added: “The Shanghai International Circuit is a different challenge to what we’ve seen so far in 2014 but it’s one I really enjoy.”

Hamilton currently sits in second place in the drivers’ championship, behind team-mate Nico Rosberg, who himself is determined to get back to the top podium step.

The German said: “I’ve got good memories from China after taking my first pole position and race win in Formula One at this circuit in 2012.

“The layout seems to suit my driving style, it’s a track I enjoy racing at and I want to be back on that top step of the podium this weekend.”