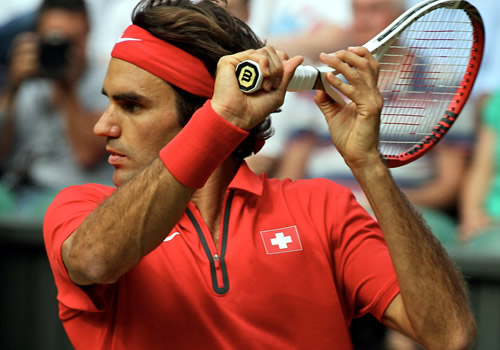 There are many qualities that make the world’s largest annual international team competition, the Davis Cup, a rather special tournament.

Last year, more than half a million spectators turned out, flags at the ready, in support of 5,000 players from 130 nations. And in this golden era of men’s tennis, they have been rewarded by world No1 Rafael Nadal leading Spain to multiple wins, No2 Novak Djokovic scoring a career-defining title for Serbia and No7 Tomas Berdych taking the Czech Republic not just to his nation’s first title since it ceased to be Czechoslovakia but to two titles back to back.

Already this year in the World Group alone, tennis has raced across time-zones from Japan, through Asia, on into Europe, and across the Atlantic to both North and South America.

But by the quarter-finals, the two most prolific winners in the tournament’s history—the USA and Australia—were missing, along with Nadal’s Spain and Djokovic’s Serbia. But three nations who had never won this trophy were still in with a chance of making history: Japan and Kazakhstan looked unlikely candidates to go all the way to December’s final but Switzerland, boasting not one to two top-four players, looked hot favourites against all-comers.

And here is where the Davis Cup shows its finest features. Players who may normally expect to win become seized by the nerves of playing for their country. Others who might be regarded as underdogs find depths and passion they didn’t know they had. Inspiring fans play their part in the drama, as does the five-set format and the patriotic camaraderie.

On the opening quarter-final day, all these facets came into play.

In Geneva, world No3 Stan Wawrinka and No4 Roger Federer took on the unfancied Kazakhstan pair, No64 Andrey Golubev and No56 Mikhail Kukushkin, but in their only previous tie, in 2010, the underdogs had come out victorious, in a 5-0 whitewash.

On home soil, and with Wawrinka at the height of his formidable powers, few expected the same opening—but Golubev played a storm and Wawrinka, having failed to convert break point after break point, grew hugely frustrated.

Playing in front of a huge home crowd, and this year with the weight of being the Swiss No1, perhaps the vision of a first Davis Cup trophy got the better of him, but Wawrinka was outplayed in the opening tie-breaker, and then Golubev broke Wawrinka twice in the second set, courtesy of a double fault from the Swiss, to take a two-set lead, 6-2.

The Swiss steadied the ship to convert his first break point in 10 attempts to win the third set, 6-3. This felt like a real momentum shift, and 99 percent of the Geneva arena anticipated more of the same—but not a bit of it.

Golubev went on the attack again, playing a lovely brand of tennis that saw him reach a rank of 33 four years ago—a young player of much talent and promise. Indeed his style is not unlike a less powerful version of Wawrinka himself, with a similar drive on the single-handed backhand.

The Kazakh boldly chased to the net, too, and earned break points at 6-5 in the fourth. But it would be another tie-break, and again the pressure seemed to weigh heavier on the more experienced, broader shoulders of Wawrinka. A combination of attacking play from his opponent and a couple of errors on his side opened a deficit of 6-2. Even with Wawrinka closing the gap, Golubev did not waver and took the victory, after more than three hours, 7-6(5).

Here was the latest example of an underdog inspired to superior play, for Golubev has punched above his weight in Davis Cup many times. This marked his 16th singles win in 21 matches. Could Kukushkin defeat similar odds?

Federer, a veteran of 23 ties for his country and 33 singles wins, was in no mood to let his home supporters down: Perhaps his eagerness to win the only trophy missing from his resume sharpening his resolve. Not that he lacked form: 2014 had already delivered a tour-leading 22 match-wins with the Dubai title and Indian Wells final, and he added a 23rd win to that tally in well under two hours.

He took the first set for the loss of one point on serve, 6-4, and despite immediately facing a break point in the second, remained solid until opening both gun barrels to break at 5-4. From there on, he raced away with two breaks for a 6-2 victory. Sometimes the Davis Cup throws up the unexpected: sometimes it delivers just what the home crowd ordered.

The Davis Cup has been working its spell on British tennis—and British hopes—in the last year or two. But despite being one of the original members of the tournament back in 1900, GB had not won the title since Fred Perry’s famous squad in 1936.

Great Britain now had a spring in its step again, due in large part, to Andy Murray. For having carried the ghost of Perry with him ever since he joined the elite of the game, Murray shed that burden to become the first since Perry to win Wimbledon—and now he had led GB to the quarter-finals of the World Group for the first time since 1986.

As for who would back Murray in the singles rubbers, it fell to James Ward, who had twice played a vital role in GB reaching this stage. Ward scored a five-set win over Dimitry Tursunov to help the team back from 0-2 down against Russia last April. He then came back from two sets to one down against Sam Querrey in San Diego this February. In Ward, then, was another man to soar above his singles ranking when it came to the heat of Davis Cup battle.

After a two-hour delay due to heavy rain in Naples, the crowd was thin but vocal and the British contingent could hardly believe their eyes when Ward raced to a 3-0 lead. The No161 ranked Briton played the No13 Fabio Fognini, one of the most flamboyant players on the tour, but the Italian was not happy with court, which cut up on its outskirts with worrying ease.

But when Fognini puts his foot down, he plays scinitillating tennis, and that is what he did to score five straight games and eventually the set, 6-4.

Ward remained composed but aggressive and opened another 3-0 lead, and this time Fognini, gesticulating wildly to whoever would listen, let the set slip away, 6-2.

The Italian took an extended time-out, first to have his ribs taped then for a comfort break, and came back refocused to break in the opening game of the third. He faced break points as he served for the set but played some wonderful, creative rallies to take the set, 6-4.

A few more running repairs to his taping and the Italian rolled to victory, 6-1, but it had taken him well over three hours, and flagged up to the second Italian, Andreas Seppi, that Ward would pose a considerable challenge come Sunday.

It was late by the time Murray, who was hit by a stomach bug the day before, got onto court. His opponent, Seppi, was a top-20 player just a year ago, and he soon proved he would make life very difficult. They remained all square until the seventh game, when Murray broke and went on to claim the first set, 6-4.

Seppi came back, though, to break for a 4-2 lead, only for Murray to hit straight back. But by now the light was fading fast, the conditions were heavy. Each came under pressure in longer, gruelling rallies that ended only when one made an error. Murray resisted four set points to level, 5-5, and that is where the day ended. The test would continue on Saturday—weather permitting.

Elsewhere, more underdogs were also having their day. In France, two lowly ranked Germans found themselves stepping into the breach left by three top-30 compatriots sidelined by injury. No119 Peter Gojowczyk took on No12 Frenchman Jo-Wilfried Tsonga, and came back from two sets to one down for a famous 8-6 win in the fifth in four hours 20 minutes. Fellow German, the 96-ranked Tomas Kamke, pulled off another shock over No50 Julien Benneteau in an impressive straight sets, 7-6, 6-3, 6-2.

Defending champions, the Czech Republic, took a 2-0 lead over Japan. Neither squad featured their top players, but that did not stop the rankings holding true for this particular quarter-final.