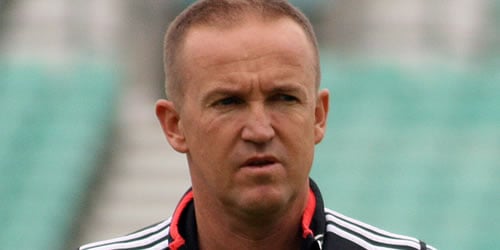 Mark Ramprakash admits he was surprised by England’s disastrous tour of Australia in the winter.

Alastair Cook’s men suffered a humiliating 5-0 Ashes series whitewash, whilst the tourists only managed to win one of their limited-overs matches Down Under.

It was very surprising to see things unravel

And Ramprakash, who was part of the Lions coaching set-up in Australia, was impressed by England’s preparation for the Brisbane Test, insisting there were no signs of their imminent demise.

“I definitely didn’t see it coming. I watched the first team practice before the first Test in Brisbane and the team looked very relaxed, very confident and they practised very, very well,” Ramprakash told The Sport Review, speaking on behalf of ESPNcricinfo.com.

“So, it was very surprising to see things unravel.”

The Australians, they got in amongst England and up in their faces if you like

“I don’t think you can nail it to one particular thing. I think there are a lot of different elements that all came together,” Ramprakash added.

“I suppose the first thing is to say that the Australians played outstanding cricket – not just Mitchell Johnson.

“He was obviously the spearhead but he was backed up brilliantly by Ryan Harris and Peter Siddle. The Australians performed very, very well.”

He added: “The Australians, they got in amongst England and up in their faces if you like.

“They dragged England into a toe-to-toe conflict – and that combined with Jonathan Trott going home after the first Test and Graeme Swann being off form along with Matt Prior, James Anderson not getting the ball to swing all contributed to England not playing their best cricket.”