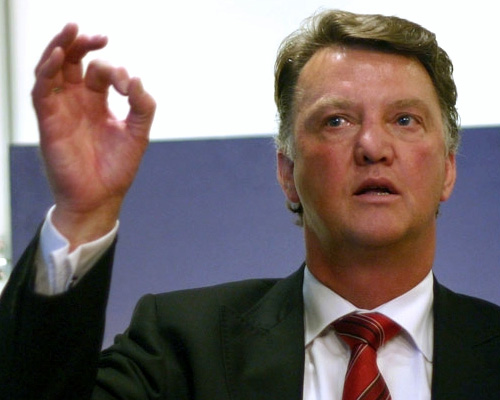 Gary Neville believes that Louis van Gaal is the favourite to take over as Manchester United boss – although the former defender would like to see Ryan Giggs given a chance to prove himself.

The Netherlands coach has been widely tipped as the leading candidate to take charge at Old Trafford following David Moyes’ sacking this week.

I think at the moment it’s pushing towards him

“He’s been in different countries, managed the biggest clubs in Europe. He’s the favourite at the moment,” Neville said of Van Gaal on Sky Sports.

“We know nowadays through media speculation sometimes where a job’s going to go and I think at the moment it’s pushing towards him.”

Giggs, who has been placed in temporary charge until the end of the season, oversaw a 4-0 win over Norwich City at Old Trafford on Saturday.

And former United right-back Neville would like to see his ex-team-mate have the chance to stake his claim for landing the role on a permanent basis.

“I would have liked to have seen Ryan have two or three games to see whether he settles into the position and see whether he can bed in and be given that role. I don’t think there’s any certainty wherever you go.