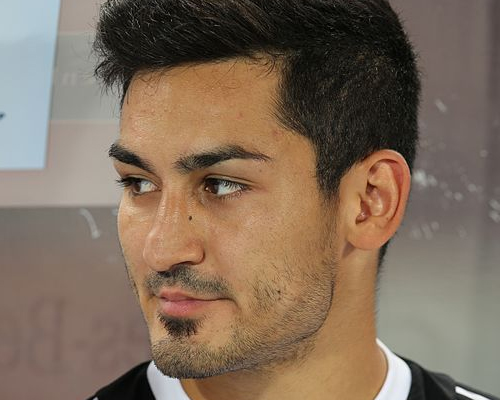 The Germany international has penned a new short-term contract which will see the midfielder remain at Dortmund until 2016.

Gundogan has been linked with a move to the Premier League this summer, with Manchester United reported to be lining up a bid.

The 23-year-old underlined his desire to remain at Dortmund’s “special environment”.

“I am very grateful that my club gives me the opportunity to continue to be part of this special team and this very special environment,” Gundogan told Dortmund’s website.

“I will do everything to be able to help my team-mates again soon and am very optimistic heading into the coming weeks and months.”

Gundogan has endured a difficult season at Dortmund after spending most of the campaign sidelined with a back injury.

But Dortmund sporting director Michael Zorc is confident that Gundogan will rekindle his best form next term.

“Against the backdrop of this special injury-related situation we are very happy with this deal and hope that Ilkay will fulfil his full potential for Dortmund in the coming season,” said Zorc.

Gundogan has made two appearances this season.

Lukas Podolski wants Arsenal to have ‘great finish’ to the season