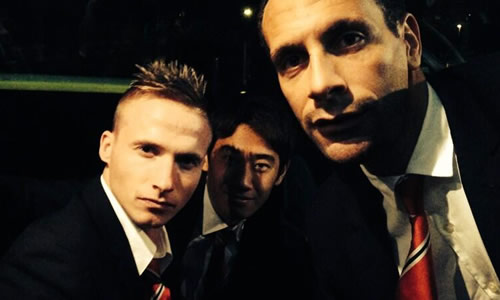 Alexander Buttner has revealed that he watched tapes of Arjen Robben ahead of Manchester United’s 1-1 draw with Bayern Munich in the first leg of their Champions League quarter-final.

The Dutch full-back was handed his biggest start in a United shirt to date as the 25-year-old was tasked with keeping Champions League winner Robben quiet at Old Trafford.

Buttner, who was deputising for suspended Patrice Evra, coped admirably as he left the pitch in the 74th minute after Nemanja Vidic’s opener put United ahead before Bastian Schweinsteiger levelled.

And the Netherlands Under-20 international feels he has proven his quality after a capable performance against the Bundesliga champions.

“I did [say that] because I believe in myself and my qualities,” Buttner told United’s website. “Of course, for me, he is the best right winger in the world and a really good player.

“But I watched a lot of videos so I know what he does and what kind of actions he makes. It was nice to stop him. I was focused 100 per cent to win my challenge and I think I did well.

“I think I showed before against Aston Villa and West Ham that I can defend well. For me, it’s my first focus – on defending – because I know I can attack well. I train hard every day on my defending and also my crossing and everything else.”

‘Arsenal should let Arsene Wenger decide his own Gunners future’

Serge Gnabry: I’m ready to step up a level at Arsenal