Mark Cavendish hits the gym with yellow jersey on his mind 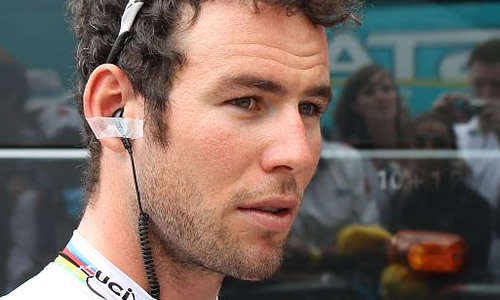 Mark Cavendish insists he will do all he can to claim the Tour de France yellow jersey for the first time in Yorkshire this summer – even if that means hitting the gym.

The 28-year-old is the Tour de France’s most prominent sprinter with 25 stage victories to his name, however last year he won two while Marcel Kittel claimed four wins.

Kittel and fellow German six-footer Andre Greipel will likely be Cavendish’s main rivals for the first maillot jaune of the 2014 Tour, which will be awarded at the end of a first stage anticipated to end in a sprint in Harrogate, the Briton’s mother’s home town.

And Cavendish, who stands at 5ft 9ins and 70kg, revealed he has been doing squats and working on his core stability in order to get off to a flying start, with his low position on the bike less of an advantage than it once was.

“With the aerodynamic advancements in the bikes and the helmets now those big strong guys, like Griepel and Kittel, are getting a bigger advantage than I am, percentage-wise, compared to their body mass,” said Cavendish, who has never won the yellow jersey.

“I thought I’d better get a bit stronger because my aerodynamic ability is not going to help me as much as it used to.

“I’ll do everything I can to make it happen.”