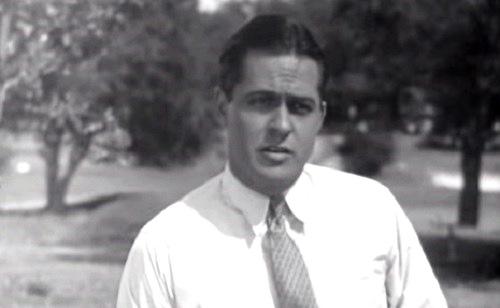 “To think this ground has been lying here all these years waiting for someone to come along and lay a golf course upon it.”

These were the words of Bobby Jones who dominated amateur golf in the 1920s and 1930s and was the co-founder of the Masters some 80 years ago.

Jones is the only player to have won a pre-Masters Grand Slam – early in 1930 he put a bet on himself to achieve this feat, claiming over $60,000 when he won.

Augusta was his retirement plan, a former indigo plantation that he and course architect Alister MacKenzie turned into the home of golf’s most prestigious tournament.

Last year’s Masters was surrounded in controversy as Tiger Woods was close to disqualification over an illegal drop and youngster Guan Tianlang was handed the first slow play penalty since 2010.

Yet course co-founder Jones was a player who epitomised sportsmanship and fair play.

At the 1925 USA Open as Jones squared up to take a shot on the 11th the head of his club brushed the grass and caused the ball to move.

Jones took the shot before turning to his playing partner Walter Hagen and the USGA official and announcing he was calling a penalty on himself.

The officials argued that it wasn’t necessary: Jones insisted it was and carded a 77 instead of the 76 he would have got.

He went into a playoff and lost. That one shot had effectively cost him the Open.

Sports writers applauded Jones for his gesture, while he adroitly responded: “You might as well praise me for not robbing banks.”

Another example of Jones’ sportsmanship occurred again in the USA Open when a strong wind rolled his ball as he got ready to take a shot.

No-one saw the slight movement but Jones, yet he still called a penalty on himself.

This time he went on to win the title and register the second of his four US Open victories.

Throughout his career Jones was mentioned in the same breath as Babe Ruth and Jack Dempsey. His 1930 Grand Slam record – holding all four majors at the same time – remains unbeaten.

He played his first tournament against men at the age of just nine, won a men’s tournament at 14 and was the US Open Champion by the time he was 21.

As a developing young golfer he had a reputation for throwing clubs in frustration but by the time he was propelled to prominence he had developed a cool demeanour on the green.

Off the green was often a different story: Jones suffered from nerves all his life, snacking on dry toast and tea before a major event because he could barely keep anything else down.

As well as becoming an American sporting icon he was worshipped in Scotland, with fans travelling across the country to watch him play.

His first trip to Scotland in 1921 was not a success but by the time he won the British Open in 1927 on the famous Old Course at St Andrews, the fans had taken him to their hearts.

In 1958 Jones returned to the ‘Home of Golf’ for a dinner thrown in his honour.

Every time his name was mentioned, the Scottish crowd would jump to their feet and scream and shout for their hero.

Jones returned the favour in kind. Giving the final speech of the night, he said: “I could take out of my life everything except my experiences at St. Andrews and I’d still have a rich, full life.”

As he walked down the centre aisle the crowd began to sing Will Ye No’ Come Back Again. The ovation he received lasted for 10 minutes.

Jones died in 1971 aged just 69 but his influence has been felt across the game ever since.

At yet another dinner held in his honour, Jones was brought to tears by a dedication from then-President General Eisenhower: “… those who have been fortunate enough to know him realise that his fame as a golfer is transcended by his inestimable qualities as a human being.”

As a player, as a person and as a businessman, Jones left his mark on international golf and 80 years since Augusta opened its doors under his direction it seems only right to remember the great man.