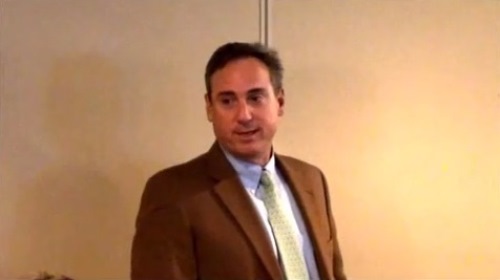 Good things come to those who wait and for one of the six amateurs in this year’s Masters field it has been a long time coming.

Mike McCoy, a 51-year-old insurance executive from Iowa, booked his place at Augusta last year after becoming the second-oldest person to win the US Mid-Amateur Championship.

It’s sort of like the icing on the cake, the reward for a lifetime of competing and working on your game and doing all the things that you do when no one is watching you

The 51-year-old started in the sport as a caddy at the Wakonda Club in Des Moines and after having visited the course as a fan previously cannot wait for his turn.

“To just go there and ultimately participate, I don’t know if that will be a highlight,” McCoy told the Des Moines Register.

“It will certainly be a great reward, though. I want to make sure I enjoy it and have a great time. That’s my plan.

“It’s sort of like the icing on the cake, the reward for a lifetime of competing and working on your game and doing all the things that you do when no one is watching you.”

McCoy will be hoping to follow in the footsteps of his fellow Iowan Zach Johnson, who won the tournament in 2007 and with whom he practised on Monday, when he drives down Magnolia Lane to the club house.

Even 1987 champion Larry Mize (pictured below) was able to give McCoy some pointers.

In fact the man who beat out 4,238 others for his spot will honour one of the many traditions that are weaved into the narrative of the Masters.

He will spend a few nights in the Crow’s Nest atop the Augusta National Clubhouse that hosts amateurs during the competition.

“That’s one of the charming things about it, that they still make room for a few amateurs,” McCoy said.

“I feel like in some small way I’ll sort of be a part of the Masters forever. And that’s pretty neat.”

To top things off, McCoy’s caddie for the tournament will be his son, Nate, who narrowly missed out on qualifying for the US Open in 2011 as a player.

“When I put that bib on for the first time, it’s going to be a pretty cool feeling,” Nate said.

Not to be accused of favouritism, McCoy will be guided around the traditional pre-Masters par-3 competition by another son, Danny.

But the most successful amateur golfer that Iowa has ever produced is sure that the next few days will give him memories to last a lifetime.

“It’s a place that earns respect,” he said.

“All the great players have played there. Getting to walk through the Champions Locker Room and seeing all those names on the lockers, there’s nothing else like it. Nothing.”