Masters 2014: Phil Mickelson admits he struggled after failing to make the cut at Augusta for the first time since 1997 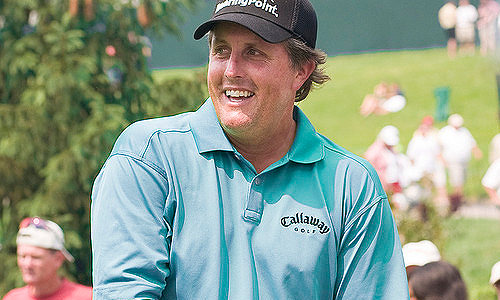 Phil Mickelson has admitted that he didn’t play great after missing the cut in Augusta for the first time since 1997.

The three-time Masters champion produced a 73 to finish day two on five over, one more than the cut, with Bubba Watson heading the field ahead of Saturday’s action.

“At 12 I hit the front bunker and there was no sand where I was at,” said Mickelson.

“I caught the liner of the bunker and bladed it across the green and the same thing happened on the other side. It went back and forth, three bunkers, before I finally got it to stay on the grass.

“What I’ve been nervous about is having a hole like seven on Thursday, a hole like 12 today, where I go along making pars and putting the ball in the right spot and you just get a bad situation.

“I didn’t play great. I didn’t play bad. I just had one bad hole there at 12. And I keep making these triples, they’re tough to overcome.”