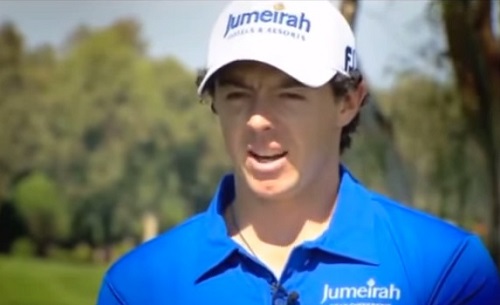 Rory McIlroy is determined not to join Greg Norman and Ernie Els as one of the great players never to have won the Masters.

The 24-year-old famously shot the worst final round in history by a leading player back in 2011 and has yet to make an impression on the tournament since.

Having gone on to win the US Open and the PGA Championship following his Masters meltdown, the Northern Irishman is on the hunt for his third major.

I don’t want to get to that point but I am 24, not 44. It would be great to win one sooner rather than later

With Tiger Woods absent from this year’s tournament, McIlroy will tee-off as favourite at Augusta and is keen not to join the illustrious list of players never to have won the competition.

“It would be great to win one sooner rather than later,” said McIlroy.

“You can look at someone like Greg Norman (who never won a Masters) or the person that I look at is Ernie Els,” McIlroy said.

“He should have won it in 2004 when Phil Mickelson birdied two of the last three. Mickelson was due a major at that point but he had never finished like that to win one, and all of a sudden he does.

“I think Ernie probably goes back every year and feels like that is the one that got away.

“I don’t want to get to that point but I am 24, not 44. It would be great to win one sooner rather than later.

“You don’t want to wait too long for these things to happen. You want to take control of them yourself.”

The world number nine wants to emulate two of the game’s greats a complete a career grand slam in his 20s.

To achieve this goal McIlroy must end his Masters hoodoo and is confident there will be no repeat of 2011 if he takes an early lead at Augusta this time.

“I would know what to do,” he said. “I feel like I am going into this one a little bit like 2011. I am playing nicely, comfortable with my game, being in contention a little bit without quite getting the win.

“I’m just waiting for that week where everything really clicks.”