Masters 2014: Bubba Watson admits that it took a large amount of "dedication" to seal his second win at Augusta 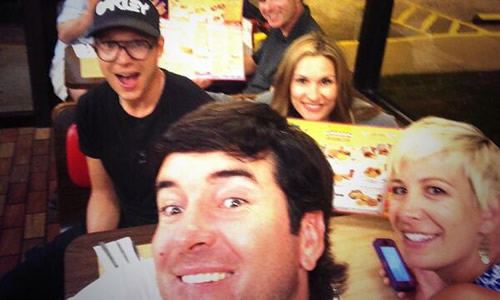 Bubba Watson posted this picture on Twitter after his win Photo: Bubba Watson/Twitter

Bubba Watson admitted that it took a huge amount of “dedication” to claim his second Masters triumph at Augusta on Sunday.

American left-hander Watson, 35, beat debutant Jordan Spieth in the final round of the tournament, carding a three-under 69 to finish eight under and claim the title for a second time in three years.

This one is a lot different, it was a lot of dedication to get back here

“I told my caddie up the 18th that I couldn’t remember the last few holes, I was just hanging on and thinking about making pars,” Watson said.

“Somehow I did and walking off 18 was a little bit easier this time. I kind of lucked into the last one, this one is a lot different, it was a lot of dedication to get back here.”

Watson added: “Jordan started out hot with a bunch of birdies, holing out of the bunker on four and hitting it really close on six, so for me to make birdies on top of him helped the momentum go my way a little bit.”

Meanwhile, Spieth, who was bidding to become the youngest player to win the tournament at the age of 20, shared second place on five under with Sweden’s Jonas Blixt.

“It was so much fun, even if I did not show it on the back nine,” said Spieth.

“Although it stings right now I will be back and I can’t wait to be back. That’s what’s on my mind because it’s tough being in this position.

“I’ve worked my whole life to lead in the Masters on Sunday, I had it in my hands and could have gone forward with it and didn’t quite make the putts and that’s what it came down to.

“Hats off to Bubba. He’s a deserving Masters champion this year. He played some incredible golf to make his pars down the stretch.”