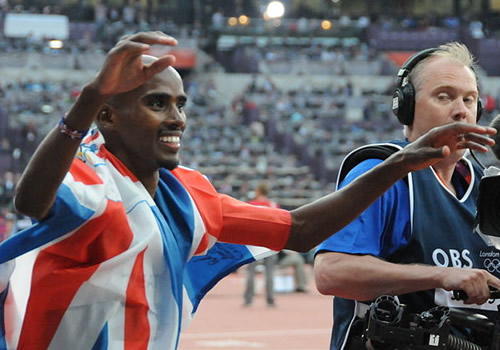 Mo Farah is playing down expectations ahead of his marathon debut in London – though insists breaking the British record is well within his reach.

The double world and Olympic 5,000 and 10,000m champion gave fans some anxious moments after he collapsed at the conclusion of the recent New York half marathon.

And while he is second favourite to become the first British man to win the race since Eamonn Martin in 1993, he acknowledges tackling 26.2 miles for the first time will not be a straightforward task.

“Kenenisa Bekele’s win in his marathon debut in Paris last weekend gives me good confidence. If he can do it, then why can’t I? However, this race is completely different to Paris, it’s a far the toughest field and you have to respect the field and the distance.

“I’m really looking forward to it because you dream of winning this race, it’s such a big event in British sport, with so much history involved.”

And he insists he is fully recovered from his dramatic collapse in New York, despite admitting to a few ‘hiccups’ in training.

“My coach, Alberto Salazar, has been there and done it and he said to me ‘get up, Mo. Stop faking it’,” he added.

“After New York, I’m fine, I’m good. I fell early on and once you fall down it’s hard, mentally and physically. I gave it 110 per cent and during last four miles I was feeling it and could see stars.

“The fall was more of a worry than collapsing afterwards. I just had a few scratches on my hip and back but mainly I was fine.”