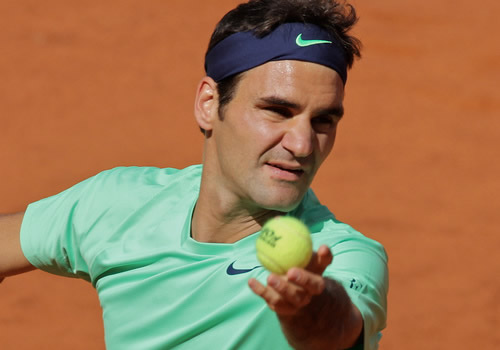 For the first time since the Australian Open in the first month of the year, the Monte-Carlo Masters semi-finals boasted four top-10 players. Yet for the first time in 11 years, one of those four was not the eight-time champion in Monaco, Rafael Nadal.

That, however, was just one of an array of headlines generated at the opening clay Masters of 2014 on the Mediterranean coast.

The defending champion and world No2 Novak Djokovic would meet No4 Roger Federer for a remarkable 34th time in what many regard as the best rivalry among the ‘big four’. With one match apiece already this year, Djokovic was aiming to level their head-to-head at 17 apiece.

Djokovic was heading for all kinds of milestones, though. He was one win from 14 in a row and from 24 in a row at Masters level. And should he win the title, he would become the first man to win five Masters titles in a row, having won Shanghai, Paris, Indian Wells and Miami back to back—as well as the World Tour Finals along the way. He was also hoping to become the first player ever to win the opening three Masters titles of the season.

Nevertheless, Federer was another man showing great form this year: He led the tour with 27 match wins. His three-set victory over Jo-Wilfried Tsonga in the quarters had taken him to his 950th tour-level win and to his 50th Masters semi-final. He was in pursuit of his first Masters title since the summer of 2012 and his first at Monte Carlo after three previous final losses to Nadal in the Principality.

And what of the other duo? No6 David Ferrer had made already made a small piece of personal history in reaching the semis, for he did so with his first clay win over compatriot Nadal since their very first meeting a decade ago.

However the man he played, Australian Open champion and world No3, Stan Wawrinka, was in pursuit of a first Masters crown. Should he beat Ferrer, he would become the 11th active player to reach 100 Masters match-wins—and all the other 10 had won a Masters title.

It was a fascinating encounter. Both mature men had enjoyed career-best seasons during 2013, both had since reached career-high rankings of No3, both had previously spent their careers in the shadow of formidable compatriots—Federer and Nadal—but had finally enjoyed time as their country’s No1 player.

Both also came to their 13th encounter without having dropped a set: Indeed Wawrinka had not so much as faced a break point.

And the top-ranked Swiss opened superbly, finding penetrating pace on a cool, blowy afternoon in Monaco. Ferrer immediately faced break points, fought courageously to no avail, went 0-2 down, and soon after 0-4 down.

Wawrinka looked confident, firing winners at will off both forehand and backhand. His 10th winner, a forehand cross-court bullet, claimed the second break.

But Ferrer is a blood-on-the-court player—compact, fast, committed and he more than lived up to his name of ‘iron-man’. He earned not one but two break chances against Wawrinka in the fifth game, but could not resist the outstanding pace and tactical placement of the Swiss, who made his 14th winner to hold.

Ferrer managed just one game and one outright winner in the set, 6-1, after 31 minutes of battling.

The second set brought the Spaniard more success. Wawrinka could not maintain the near-perfection of the first set, and Ferrer dug deep to take advantage. For a man of small stature—he is just 5ft 9in—his serve is surprisingly good, and he held to love twice as they edged towards a tie-break.

And while Ferrer could not generate outright winners with as much ease as his opponent, he did not make as many errors: Wawrinka was now up to 25 of them for the set. But the Swiss recalibrated at precisely the right time to surge to a 4-0 lead and ultimately 7-3 to take the second set and the match, 7-6.

It had been a gripping, intense, energy-sapping contest, yet it was the second match that expected to capture the imagination. Federer and Djokovic seem always to bring out the best in each other, the ultimate attacking player against a counter-puncher of such speed and mobility that he can defuse the most incisive of shot-making.

However, rumours of a wrist problem for Djokovic were confirmed by heavy strapping to his right arm from wrist to elbow. Initially this evidence of a problem was belied by his tennis, as the finest set of the tournament unfolded before a thrilled Centre Court crowd. Not once but many times the arena rose to its feet as outstanding rallies went first to the Serb and then to the Swiss.

At this stage, there was no sign of an injury to Djokovic. Indeed it was Federer who started the slower to face deuces on his first service game. But gradually the Swiss mixed up direction, spin and angle both in defence and offence and worked a break point in the ninth game. But he was over-eager in his attack of the Djokovic serve and blew the chance with a couple of errors.

Then it was Federer’s turn to face break points—effectively set points—at 15-40 down, but he rose to the challenge with a masterful drop shot and volley finish, held, and struck back to break in the next game with a viciously-sliced return of serve.

Federer had the set, 7-5, and had won all 11 of his net attacks. Now though, it became clear that Djokovic’s efforts of the first hour were taking their toll. He began to shrink from long reaches to his backhand and to make uncharacteristic errors on his double-handed shots. Federer broke in the third game, held to love and broke again. After just 74 minutes, the Swiss had raced to a 6-2 win and his fourth Monte Carlo final.

It set up the 15th meeting between Federer and his friend Wawrinka in a rare all-Swiss final that could determine not only the top-ranked Swiss but the leader in the rankings race, for the winner will overtake both Djokovic and Nadal in the 2014 points table.

Two things though are certain. No longer will Djokovic and Nadal hold every one of the tour’s Masters titles and, come Sunday afternoon in Monaco, a new pair of hands will be holding one of the most elegant trophies in tennis for the first time.