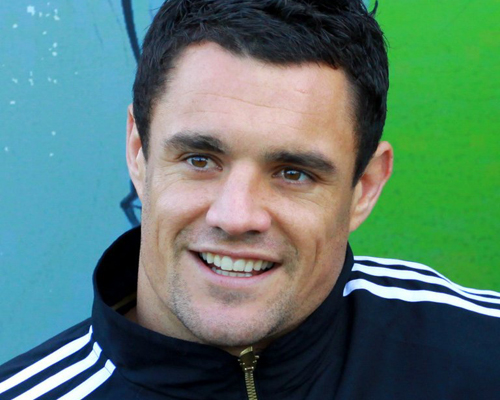 Dan Carter has converted attempts through goal posts at a host of iconic rugby grounds during a glittering career, but the New Zealand legend has taken on his greatest challenge to date: Tower Bridge.

The 32-year-old No10 is the highest points scorer in Test match rugby, and the fly-half earned his 100th All Blacks cap as New Zealand were 30-22 winners against England at Twickenham last year.

Crusaders star Carter was unable to help Graham Henry’s side win the 2011 Rugby World Cup on home soil after tearing his groin in the final training session before their opener against Canada.

But the MasterCard Rugby World Cup ambassador is hoping to play his part in back-to-back World Cup triumphs in England and Wales in 2015, and Carter geared up for the tournament by taking on London’s largest set of goal posts – Tower Bridge.