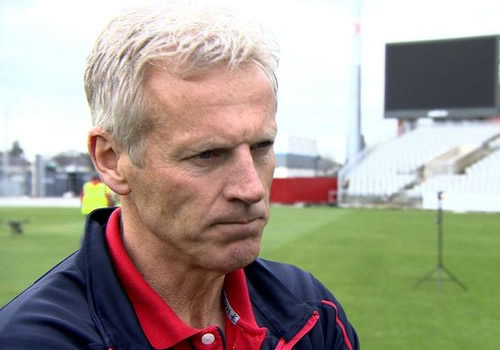 Peter Moores returns for a second stint as England coach

Peter Moores has been confirmed as England head coach for a second time.

Moores, 51, returns for his second stint as England coach, having held the post between April 2007 and January 2009 when he was involved in a dispute with Kevin Pietersen.

“Peter has a great reputation around the world as an outstanding coach and he will return to the role as England head coach with a great deal more experience and understanding of the challenges that the role presents,” said managing director of England cricket Paul Downton.

“There is no doubt that he is the leading English coach of his generation and I believe that this is his time.

‘His domestic credentials are beyond reproach having won the County Championship at Sussex and then repeating the feat at Lancashire, whose 2011 triumph was their first for 77 years.

“He was also the lead at the National Cricket Performance Centre at Loughborough between 2005 and his appointment as England coach in 2007.

Moores, who has been head coach at Lancashire since February 2009, admitted his delight at the appointment.

“I am very excited about the prospect of returning to a role I have done before and to building a strong relationship with Alastair Cook and the rest of the players and staff,” said Moores.

“In any time of change there comes opportunity and this is one I can’t wait to get stuck into.”

England’s next match is a one-day game against Scotland on 9 May.