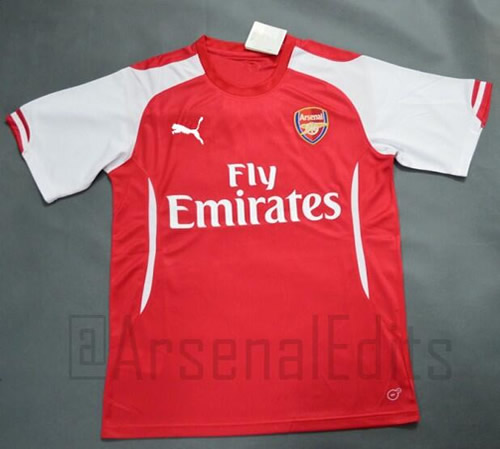 It was announced earlier this season that Puma would be taking over from Nike as the Gunners’ kit supplier, and images of Arsenal legend Thierry Henry donning what was claimed to be the north London side’s new home kit did the rounds back in October.

Now, a new photograph of what could be Arsenal’s latest kit has emerged on Twitter via @ArsenalEdits, who claims to have received the images from Puma.

Puma secured a £30m deal with the north London club earlier this year, making it the most lucrative kit contract in British football, starting from next season.

The deal marks the end of Arsenal’s 20-year association with Nike, whose deal was worth £55m over seven years.