RaboDirect Pro12: Alex Allan is set to join Glasgow Warriors from Edinburgh in the summer 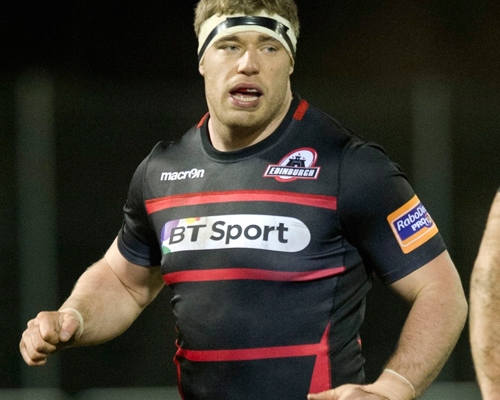 Alex Allan will join Glasgow Warriors from rivals Edinburgh in the summer on a two-year professional contract.

The versatile prop, 22, joined Edinburgh Rugby’s elite development programme in 2012, making his debut for the club in their 27-16 Heineken Cup defeat to Munster at Murrayfield in January 2013.

“This is a great move for me,” said Allan. “I’ve learnt a lot over the last couple of years in Edinburgh and I’d like to thank them for everything they’ve done.

“I’m ready to make the step up and I’m delighted to have signed a professional contract with the Warriors.

“I really enjoyed working with Shade [Munro] and Kenny [Murray] when I was part of the Scotland A squad earlier this year and I’m looking forward to working with them again, along with the other coaches at Scotstoun.

“This is a great opportunity for me to continue my development and I’m ready to work hard and make the most of it.”

A product of Harrogate RUFC, Allan made one appearance for Sale Sharks before moving to Scotland and has represented Scotland at age-grade level, winning his first Scotland A cap when he came off the bench for the last eight minutes of the 16-16 draw with England Saxons at Scotstoun this January.

“In signing Alex, I believe we’ve secured a player with real quality, who is young and hungry to learn,” said Warriors head coach Gregor Townsend.

“Alex was a stand-out performer at age-group level and has developed over the last couple of years.

“I’ve been impressed with his performances this season and how well he has developed as a scrummager.

“He was rewarded with a Scotland A cap in January and made a big impact when he came off the bench in that match.

“Alex is exactly the type of player we want to bring to the club and will add competition to our front row next season.”