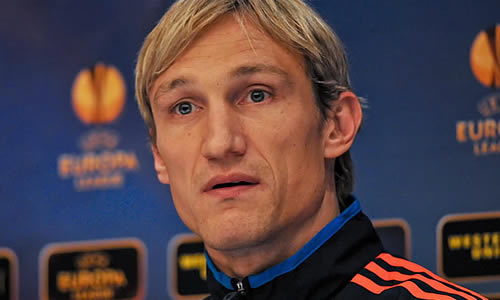 The 41-year-old Northern Irishman is on the brink of becoming the first Liverpool manager to win the Premier League title.

The Reds are five points clear of second-placed Chelsea with three games remaining, and Hyypia is thrilled for his former side.

“Brendan has done a great job with the team,” Hyypia told Liverpool Echo.

“When I see the team play, they are very confident in all departments of their game. I’m very happy for the club and for the fans.

“I feel that the whole city is buzzing here now and it’s great to walk on the street and everybody is happy.”

Hyypia, who was sacked by Bayer Leverkusen earlier this month, also picked out Daniel Sturridge and Luis Suarez as key players.

“The front players are very good and they are dangerous. Suarez and Sturridge have scored more than 50 goals together this season.
So, of course, that’s one of the strengths of the team,” Hyypia added.

“When you have a few players who can score a lot of goals, then it helps any team. I think they have played some lively football and it’s been passing football. I’ve enjoyed watching them.”

Abou Diaby could make Arsenal return before end of season