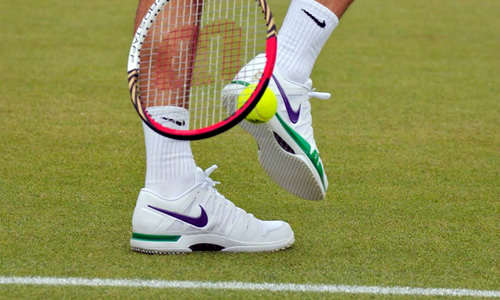 The total prize money at Wimbledon will be £25m Photo: Marianne Bevis

After its record-breaking rise in prize-money in 2013, Wimbledon has again upped the stakes for the other three Majors with another hike in its 2014 purse.

Last year, Wimbledon announced the largest single increase and the largest overall total in the history of professional tennis, a 40 per cent, £6.5 million surge to £22.6 million. Today, at the Wimbledon Spring Conference, the tournament announced a further rise of 10.8 per cent—£2.4 million—to £25 million.

The tournament also showed that it continues to pay heed to the long-standing debate between members of the Players’ Councils, their professional bodies and the International Tennis Federation about the distribution of winnings through the lower ranks of players. The announcement stressed:

“At the heart of the increase is a wish by the [All England] Club to continue to build on the work of the last two years by targeting the increases to the side of the draw which it was felt needed it most—those players who lose in the early rounds or in qualifying.

Nevertheless in its announcement, the Club also acknowledged the need to reward its star attractions:

“The Club appreciates the contribution of the other singles players—the last 16—whose box-office appeal plays such an important part in the success of The Championships. For this group there is an average of 10 per cent.”

Should Andy Murray defend the title he won last year, therefore, he can look forward to a rise from £1.6 million to £1.76 million. And if the Bryan brothers continue their winning ways, they will see an increase of 8.7 per cent from £300K to £325K.

So Wimbledon maintains its lead over the other Grand Slams in offering the biggest single prize in the tennis.

The US Open has yet to announce its purse for this September, but last year it offered a total of £20.4 million, with champions Rafael Nadal and Serena Williams winning £1.54 million each—though they also earned a bonus of £595,000 for topping the US Open Series, which is based on cumulative points garnered in the run-up to the Flushing Meadows climax.

Master Plan unfolds as investment at Wimbledon continues apace
It is not just in prize money that Wimbledon leads the way. As part of its ambitious Master Plan, revealed last year, the tournament aims to remain the ‘premier tennis tournament in the world’.

Court 1 will boast a retractable roof by 2019, making Wimbledon and the Australian Open the only Majors to have two roofed show courts.

Eventually, the northern boundary below Court 1 will be cleared to make way for an accessible, ‘cascading terrace’ of practice courts along with three new Championship courts (replacing 4, 8 and 19). The central section, between Centre Court and Court 1, will replace the current Court 19 with a public plaza.

The biggest changes are proposed in the southern sector, which will be opened up to a major new entry gate at the junction of Somerset Road and Church Road.

The service buildings and clay courts currently crammed into this corner of the site will be relocated to a renovated Somerset Road site.
[Watch an animated visual for a clearer picture of the planned changes.]

Already this year, Courts 14 and 15 have undergone temporary demolition in order to build additional space underneath, which will provide accommodation for ball kids, photographers and a 24-hour media restaurant from 2015. The tournament will thus be played on 17 rather than 19 courts this year.

But one of the most significant changes in the tournament’s history takes place well before the complete Wimbledon ‘vision’ is in place. What has been an immovable date in the sporting calendar—“the fortnight” that embraces the last week in June and the first in July—will move back a week to the end of June, and create a three-week gap between the French Open and Wimbledon.

Not only will this give the players a greater recovery period between the two most tightly-scheduled Majors but will allow a longer grass season. The move has already brought Stuttgart and Nottingham into the grass swing and has seen the rise in status of the ATP’s Queen’s and Halle to 500 and the WTA’s Aegon Classic from International to Premier.

Taken across the board, then, the most prestigious and traditional of all tournaments, Wimbledon, clearly has no intention of resting on its laurels.