World Cup leader Lizzie Armitstead has other targets in her sights 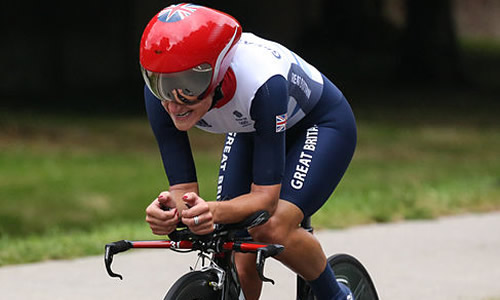 She might be the current World Cup leader but Lizzie Armitstead insists she has other targets on her mind in 2014.

After getting Team GB up and running at London 2012 with a silver medal in the road race – the host nation’s first of the Games – Armitstead endured a frustrating and injury-plagued 2013.

However, things are much different this year and the reigning British champion currently sits atop the World Cup standings on 160 points after a first and three second-place finishes in the first four events.

But Armitstead admits that other events will take precedent over the World Cup this year, the 25-year-old missing the Chinese round to concentrate on the Friends Life Women’s Tour.

She will also miss round six in Germany to focus on the Commonwealth Games, but the rider in question wouldn’t have it any other way.

“It funny how it goes but the World Cup itself wasn’t really a target at all, although we had our eyes on one of two of the races in particular, and yet it has gone very well so far,” Armitstead told TheTour.co.uk.

“The Commonwealth Games and the World Championships are strong personal goals this season, the Women’s Tour and the La Course one day race on the last day of the Tour de France, which finishes on the Champs Elysees, are going to be very big and high profile events for my team Boels Dolmans.

“The fact is that 2012 was a huge year for me, mentally and physically, and I probably paid the price a bit in 2013 when there was a lot of accumulated

“There was no panic though, I knew what was happening so come the winter I took the chance to relax and really rest first before starting to quietly work away though the winter.

“I started the season very fresh but what I probably couldn’t anticipate so much was that I would be in such good form.

“There are no plans yet to change my programme so I will race an abbreviated World Cup schedule and if that is enough to win the title, all well and good.

“I certainly won’t be going to China, which starts just a couple of days after the Women’s Tour which became a big priority for me as soon as it was announced and then I will definitely miss another round when the Commonwealth Games are on. The Road race in Glasgow is a big target although racing in La Course will rule out any track racing.”