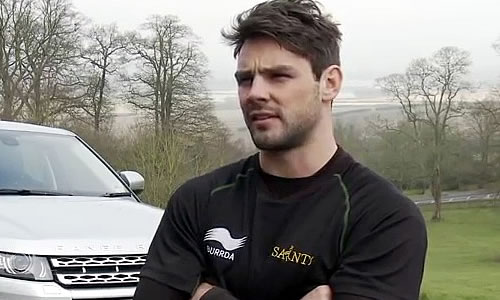 With two major finals in as many weekends, Northampton Saints will need their match-winners to step up – and Ben Foden expects George North to come to the fore.

North has enjoyed a productive debut season in the Aviva Premiership, since joining Northampton from Welsh outfit Scarlets in the summer.

With seven tries in 14 league games, the Wales winger has helped the Saints to the Amlin Challenge Cup Final – against Bath Rugby on Friday – and an Aviva Premiership Final meeting with Saracens the following weekend.

He began the season in eye-catching fashion, superbly creating teammate Jamie Elliott’s Aviva Premiership Try of the Season against Gloucester in September, and full-back Foden is hoping he can finish it in a similar vain.

“He’s an athlete and an amazing player,” said Foden. “He’s 22 years old and has got 44 caps for Wales for a reason. He is one of those players who can turn your game around. It’s good we have him with us.

“He’s one of those players who can make a difference in a split second. That’s why we signed him. He has that ability to do something out of nothing, we saw it against Gloucester at the start of the season.

One thing that has pleasantly surprised Foden is the 22-year-old’s resilience in adapting to life in the Aviva Premiership.

With a Six Nations campaign thrown in, North has never looked like letting up this season and his teammate does not expect the demanding schedule to take its toll now.

“He doesn’t miss many games. Everyone thought he was going to be a bit precious, if he got a niggle then he wouldn’t be playing, but he’s not like that at all,” added Foden.

“It is very demanding the Premiership, there is no such thing as an easy fixture and I think he has played the most minutes, between him and Luther, and that’s quite impressive.

“I think he’s enjoyed his time here, he’s really brought into what Northampton is all about. Credit is due where it is. He’s been a massive asset to the club.”