Aviva Premiership: Mike Ellery one of three signings at Saracens

Aviva Premiership: Mike Ellery is named as one of three international signings to join Saracens this summer 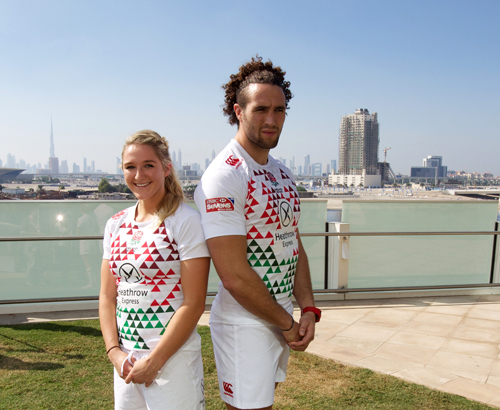 England 7s forward Mike Ellery has been named as one of three international signings to join Saracens this summer.

The Aviva Premiership finalists have also announced the capture of giant Scotland lock Jim Hamilton and Argentina prop Juan Figallo with a further signing still to be announced.

He has been making headlines on the Sevens circuit, and we are looking forward to helping him realise his full potential in the 15-man game

“Last year we identified a handful of players who we felt would improve what is now a stable, successful and developing squad,” said Mark McCall, Saracens director of rugby.

“After long and detailed negotiations, we are pleased to have finally secured each of our targets.”

A product of the Newcastle Falcons academy, Ellery, 24, spent two seasons with West Midlands club Moseley before signing a full-time contract with the England 7s outfit and was targeting a place at the 2016 Olympics with England after admitting that the abbreviated form of the game suited his skills.

“Mike Ellery is a tall, strong man with both skill and speed,” McCall added. “He has been making headlines on the Sevens circuit, and we are looking forward to helping him realise his full potential in the 15-man game.”

Hamilton, who has eight seasons of Premiership rugby under his belt through spells at Leicester Tigers and Gloucester, returns to England after just one season in the Top 14 as a replacement for retiring Saracens captain Steve Borthwick, despite agreeing a three-year deal and is joined by
Montpellier team-mate Figallo, who has almost completed rehab for a neck injury.

“Jim Hamilton is one of the most respected lock forwards in the game, a big man with a big presence on and off the field,” McCall said. “He was courted by several leading European clubs, and we are delighted he has chosen to join Saracens.

“Juan Figallo was ranked as the world’s number one tight head prop last year and, aged only 26, will prove a massively significant signing.”