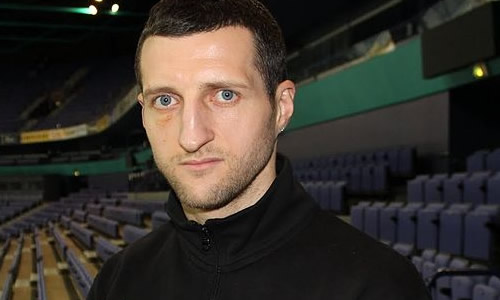 Carl Froch takes on George Groves in the highly-anticipated rematch at Wembley on 31 May – and tickets for the bout are available on viagogo!

Froch withstood an all-out siege from Groves to claim a controversial ninth-round stoppage in their breathtaking IBF and WBA super middleweight title fight in Manchester back in November.

And as the psychological warfare between the two fighters continues in the build-up to the Wembley clash, the 36-year-old Froch insists that he is paying no attention to what Groves has to say.

“I’ve experienced his irritating attitude and his attempts to get under my skin, and they worked last time – they really wound me up and frustrated me,” said Froch.

“It isn’t going to happen twice. I’ve learned from that and evolved, and it’s all about me this time. I’m going to be turning up in the best possible shape that I could be in for this fight.

“He is talking about a three-round fight, but that suits me down to the ground. He’s in trouble if he tries to do that, because the sooner he tries to mix with me, the fight is over in my favour.”

With the stage set for a fascinating bout at Wembley, why not book your place at the fight today?

Dai Young: London Wasps will go all out at Stade Français