Heineken Cup final 2014: Tickets are available for the European showdown between Toulon and Saracens on viagogo 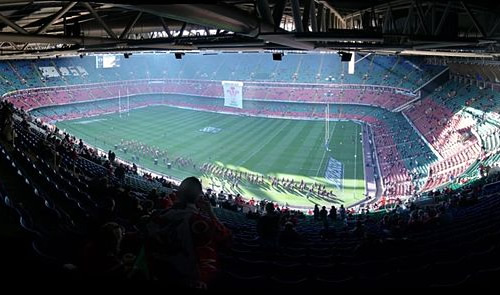 The Heineken Cup final will take place at the Millennium Stadium Photo: Wikimedia

Toulon take on Saracens in the Heineken Cup final at the Millennium Stadium on 24 May – and tickets for the showdown are available on viagogo.

Saracens booked their place in the final in Cardiff thanks to an emphatic 46-6 victory over Top 14 side and 2013 runners-up Clermont Auvergne last month.

Chris Ashton and Owen Farrell starred in the 40-point win to help the London side reach their first-ever European showpiece.

Meanwhile, Toulon sealed their spot after Jonny Wilkinson kicked 21 points as the defending champions were 24-16 winners against plucky Munster in France.

Fly-half Wilkinson, 34, is set to play his final competitive match in the final in Cardiff later this month to add further significance to the clash.

The England legend was triumphant with Toulon last year as he added the Heineken Cup to his long list of achievements, kicking 17 drop goals from 17 attempts en route to the final.

Wilkinson, who is in contention to win the European Player of the Year award for the second year running, said: “We were European champions last season, just for a little while, and then it was back to zero again, obliged to fight, fight, fight to get out of our group, get a home quarter-final. And, so, on it goes. Every moment matters.”

So with the stage set for what promises to be a fascinating encounter in Cardiff, why not book your place at the match today?