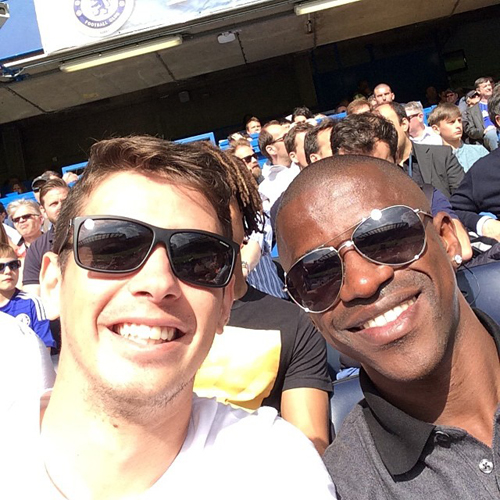 Chelsea suffered a further blow in their bid to win the Premier League title after being held to a goalless draw by Norwich City.

The Blues failed to beat Norwich goalkeeper John Ruddy, whilst the Canaries had three attempts on target, as well as a strong penalty claim after Martin Olsson was caught in the Chelsea area.

It leaves Jose Mourinho’s side two points behind Manchester City and Liverpool with a game to play, and here is the best of the Twittter reaction from the professionals, past and present.

Manchester United legend Gary Neville (‏@GNe2) wonders if Norwich can cause another upset at Stamford Bridge: “Can Norwich give themselves a chance?”

Aston Villa striker and Norwich City fan Grant Holt (‏@Grantholt31) is keeping a close eye on the game: “Well 0-0 half time for Norwich. Never seen pen so can’t comment. Good win for the gunners as well.”

Ex-Manchester United star Alan Tonge (‏@Alan_Tonge) reckons that is Chelsea done in the title race: “Terrible result for Chelsea…..and then there was two.”

Finally, more from Bright ‏(@Mark__Bright): “Jose was right all along, he said Chelsea can’t win the Premier League. A draw between #Sunderland & #WBA on Wednesday will send #Ncfc down.”