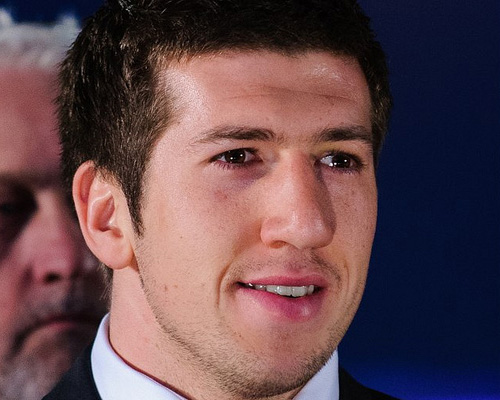 Ospreys have confirmed that Wales flanker Justin Tipuric is out of Wales’ summer tour of South Africa with a shoulder problem.

Tipuric, 24, had been pencilled in to replace Sam Warburton in Warren Gatland’s staring XV against the 2007 Rugby World Champions, but he will have keyhole surgery next week in a bid to return fit for the start of the season.

The decision gives Gatland a selection headache in the back row which could see the Wales head coach opt to juggle the pack and play without a natural openside flanker to counter the power of the Springboks’ back row.

Gatland has already indicated that he could switch blindside flanker Dan Lydiate to the other side of the scrum and drop a London Wasps-bound lock Bradley Davies into the number six jersey.

While Racing Metro flanker Lydiate is a regular in the Wales team, Gatland has no proven options to step into his captain’s big shoes.

Cardiff Blues openside Ellis Jenkins—who recently captained the U20 squad—has been tipped as a possible, while regional team-mate Josh Navidi could also slot in at seven, but both have limited experience against big opposition and would be a risk in two Tests against South Africa.

Ospreys flanker Sam Lewis has also been tipped as a possible after an impressive season with Wales’ best-performing region in the RaboDirect Pro12, but Gatland could reach out to Scarlets blindside flanker Aaron Shingler, capped seven times by Wales, but was sent home from this year’s Six Nations squad to recover from injury.

Should Gatland want to experiment further, powerful Newport Gwent Dragons number 8 Taulupe Faletau could find himself moved to flanker to accommodate Ospreys youngster Dan Baker who has impressed for the region in the Pro12 this season.

The dilemma will place extra importance on the Probables vs Possibles trial—resurrected for the first time in 14 years—at the Liberty Stadium in Swansea on 30 May with the New Zealander naming his 31-man squad immediately after.

The Ospreys have also confirmed versatile forward James King will undergo surgery for an ankle problem this week which will rule him out for four months, while centre Ashley Beck faces six months out rehabilitating from a routine operation to fix an ongoing hip problem.