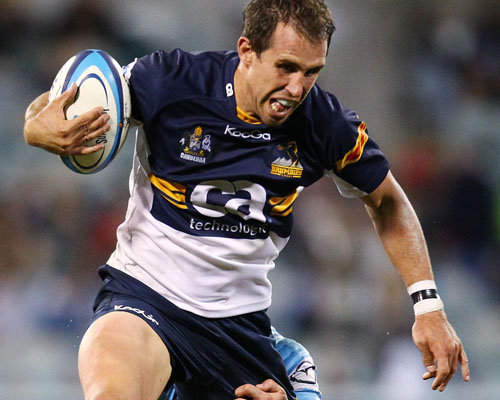 Andrew Smith will join Munster in the summer from Super Rugby club Brumbies on a one-year deal.

The Australian inside centre, 29, has made 43 appearances for the Canberra-based club since making his debut against the Blues in Auckland in 2010.

But injury and depth of talent at the club, including Wallabies centres Christian Lealiifano and Tevita Kuridrani, limiting his chances.

“I’m really looking forward to joining Munster and making the most of the opportunity,” said Smith.

“[Former Munster forwards coach] Laurie Fisher has always spoken highly about the team and culture. It’s definitely somewhere I want to go and make an impact, working closely with the boys and training hard.

“I’ve no doubt it will be a great experience and I can’t wait to get stuck in.”

With Munster head coach Rob Penney departing in the summer and Anthony Foley already confirmed as his replacement, the Irish province’s backline is in need of a shake-up, particularly at centre.

And Smith should replace the outgoing journeyman James Downey, who has been told he is surplus to requirements next year, to compete with Denis Hurley for the 12 jersey.

Sydney-born Smith played in the Brumbies side that defeated a midweek British and Irish Lions side 14-12 on their 2013 tour of Australia and helped his provincial side to the Australian Conference title last season as well as runners-up in Super Rugby after a 27-22 defeat to the Chiefs in Hamilton last August.

“We look forward to welcoming Andrew when he arrives at the end of his Super 15 commitments with the Brumbies,” said Munster CEO Garrett Fitzgerald.

“We are delighted to have secured the services of a player of his calibre for next season.