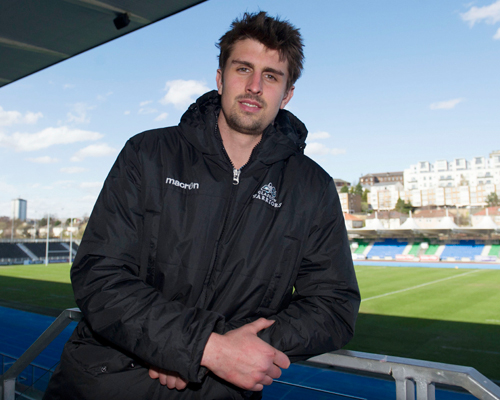 Glasgow Warriors have made 11 changes to the side that hammered Zebre 54-0 last weekend as they look to overcome Munster to reach the RaboDirect Pro12 final.

As good as we can be, this season, it could be something really special

After a break last week, Scotland wings Tommy Seymour and Sean Maitland return on the wings with Niko Matawalu, the Warriors’ top try-scorer in the league this season, dropping to the bench as cover for both wing positions and scrum-half Chris Cusiter.

Alex Dunbar retains his place in midfield, but switches from outside to inside centre as Mark Bennett returns at 13.

In the forwards, Ryan Grant keeps his place at loosehead as hooker Dougie Hall and tighthead Jon Welsh return to the front row.

Pro12 young player of the year Jonny Gray returns to partner club captain Al Kellock in the second row, with Tim Swinson covering from the bench.

The back row sees Rob Harley return from the bench to start on the blindside, as he maintains his 100 per cent appearance record in the Pro12 this season, with Chris Fusaro continuing on the openside and Josh Strauss back in at number 8 after a weekend off.

The Warriors also boast plenty of experience and versatility on the bench with a 5:3 split that sees Leone Nakawara covering the second and back rows, with Matawalu, Ruaridh Jackson and Sean Lamont able to play across the backline.

The stand-out stat going into the game is that no away side has managed to win a Pro12 semi-final. The Warriors have won eight league games in a row—a club record—whereas Munster have won just four over the same period, but also strung together a run of eight successive league wins earlier in the season.

“Undoubtedly, you’ve got to earn your right to be in a semi-final, but I believe we’re in this semi-final and there’s still more to come from us,” said Kellock.

“We know we’ve played very well and done some exceptionally good things, but never in the past before a game did I feel that we’d peaked.

“Looking back on it you can see that was as good as we could be that season. As good as we can be, this season, it could be something really special.”

Three-times winners Munster have recalled their big names for the semi-final with props BJ Botha and Dave Kilcoyne returning to the front row either side of captain Damien Varley, who described his side’s performance in last week’s 19-17 defeat to Ulster as “utter shit”.

Munster talisman and referee menace Paul O’Connell continues in the second row alongside Dave Foley with the back row seeing one change as CJ Stander returns on the blindside with Sean Dougall on the openside and James Coughlan at number 8.

Ian Keatley is preferred to JJ Hanrahan at outside-half with Conor Murray also recalled in place of Duncan Williams at scrum-half.

Keith Earls returns to the right wing with Simon Zebo continuing on the left wing and Felix Jones at full-back. Casey Laulala has also been recalled to win his 50th match for the club at outside centre alongside James Downey.