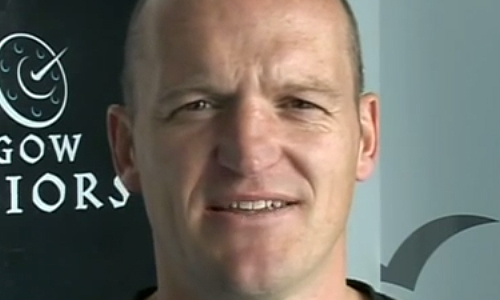 Gregor Townsend has called a home semi-final massive for rugby in Scotland as Glasgow Warriors stand on the verge of hosting a RaboDirect Pro12 play-off for the first time.

A keen stats man, the Warriors head coach knows too well the advantage playing at home brings after narrow defeats at the same stage in the last two seasons against Leinster at the RDS in Dublin.

“In terms of stats, it’s very big,” Townsend said. “I don’t think an away team has won a play-off game in the Rabo. Once you’re in a semi-final, you’re 80 minutes away from a final.

“We played really well last year against Leinster and just missed out, so whether you’re playing home or away you still go there to win the game.

“From a rugby coach’s point of view, you look at the stats but we play well away from home—we’ve had some really good away wins this year.

“From the club’s point of view, a home semi-final is massive for rugby in the west of Scotland and for us to keep increasing our crowd. We had almost 9,000 for Edinburgh, I’d imagine we’d get 10,000 if we had a home semi-final.”

The Warriors have lost all three of their previous semi-final adventures and, with no away side having won in the last four since the Pro12 switched to the play-off system five seasons ago, the pressure is on for the Scottish side.

They must win to secure a win against Zebre this weekend to guarantee a home semi-final next week, likely against Munster, whose only hope of a home semi-final is for the Warriors or Leinster to slip up badly.

“I’m not sure if everybody assumes we’re going to win,” Townsend added. “We’ve shown the players how well [Zebre] have improved this year, how well they’ve played against the top five teams.

“They’re a much improved side and they defend with more width, a good tackling team and they’ve got a lot of confidence from how they played last week, and also they’re very motivated. If they win they qualify for the Rugby Champions Cup.”

While Zebre have won back-to-back games against Edinburgh and Ospreys, ending the latter’s hopes of reaching the semi-finals last week, few would expect the bianconeri to rock up to Scotstoun Stadium this evening and cause the biggest upset of the season by defeating a Warriors side unbeaten in their last seven matches.

But Townsend believes his side are peaking at the right time.

“Playing at your best at this time of year is what wins you the big games,” he said. “I believe we’re in a really good state physically and the rugby we’re playing in the last six or seven games is the best throughout the season. We’re building nicely and it’d be great to get a [semi-final] here.”

“I think we’ve built a really good momentum here and we’ve got a highly motivated team that wants to carry on that momentum.”