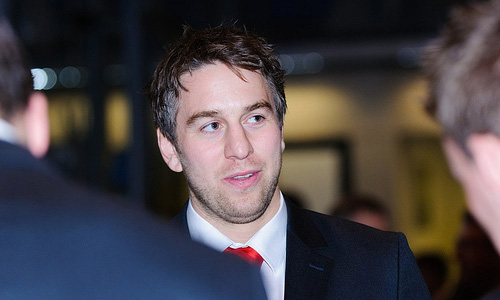 Ryan Jones will make his debut for Bristol Rugby at number 8 in the second leg of their Greene King IPA Championship semi-final against Rotherham at Abbeydale Park tomorrow.

The 33-year-old former Wales captain was released early from his contract with the Ospreys to link up with his new team-mates to help their promotion push.

Jones will add considerable experience to the Bristol back row as he links up with former Zimbabwe U20 flanker Marco Mama and Scotland flanker Ross Rennie.

Bristol director of rugby Andy Robinson has made five changes as he looks to build on a 17-14 lead from the first leg at the Memorial Stadium last week.

Jack Wallace and Ben Mosses return to the backline at full-back and inside centre, respectively, with Glen Townson into the second row in place of injured lock Mark Sorenson to partner Ben Glynn, with James Hall starting in place of Gaston Cortes at tighthead.

Rotherham are boosted by the return of lock Dan Sanderson and hooker Ali Birch who have both recovered from injury and will start on the bench.

But the match comes too early for former Edinburgh lock Perry Parker—signed by the Titans his week after he was released by the Scottish club—who was in the Ospreys squad with Jones this season during his loan move to south Wales.

“Regarding Bristol, the opening 20 minutes are going to be crucial for us,” said Titans coach Lee Blackett. “We expect a reaction from them. We must front up, our scrum, I am sure, will be better than at Bristol and we have to keep our discipline.

“We know that Bristol are favourites and they go on about beating us four times this season. But we have a lot more self-belief going into the second leg and if we get a good start, then it is game on.

The winners will face either Leeds Carnegie or London Welsh in the final for the right to replace relegated Worcester Warriors in the Aviva Premiership next season.

Jonnie Peacock disappointed to miss Great CityGames due to injury