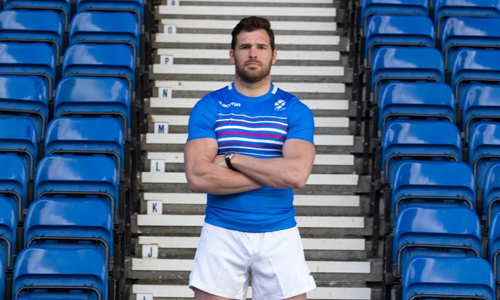 The iconic home of Scottish rugby has been rebranded as BT Murrayfield Stadium in a multi-million pound deal with telecommunications giant BT.

The four-year partnership with the Scottish Rugby Union also sees BT take over Royal Bank of Scotland’s sponsorship of the Scotland 7s team for the start of the 2014/15 HSBC Sevens World Series and Scotland’s domestic league and cup competitions and will sponsor four new academies being set up around the country.

“In branding our home, the BT Murrayfield Stadium it reiterates our joint view that the name of the home of Scottish rugby that has been synonymous with the game in our country since 1925 had to be retained.

“BT is a massive global brand, which we’ve worked with before as sponsor of our domestic league and cup competitions between 1999 and 2006.”

While BT has snapped up a multi-layered sponsorship deal, on top of its existing deal to sponsor the shirts of professional clubs Glasgow Warriors and Edinburgh Rugby through BT Sport, RBS will continue to sponsor the Scotland national team.

SRU chief executive Mark Dodson described the announcement as a “red letter day for Scottish rugby” with much of the new investment going into the much maligned club and grassroots end of the sport, but declined to confirm the deal was worth in the region of £20m.

“As far as we’re concerned it future-proofs the game in Scotland for years to come and I believe it’s one of the biggest deals in recent history in Scottish sport.”

Despite some calls for a third professional club to be set up in Scotland, likely in Aberdeen, which would cost around £7m a year to run, Dodson reiterated that the money would be spent on the grassroots game, but he would welcome further investment to make that happen.

“There has been much debate about a third team,” he added.

“As we’ve said before, we’re always open to investment in a third pro franchise, but what I think we need to do with this money is to develop the existing game, our pathways, develop the league players, readdress what we’re trying to do in schools and youth and women’s rugby and I sincerely believe we’ve got a huge job to do there.”

To read more of Matteo Mangiarotti, check out his website here

Aviva Premiership: Mike Ellery one of three signings at Saracens