Sevens World Series: England recall trio of experienced players for final round at Twickenham this weekend 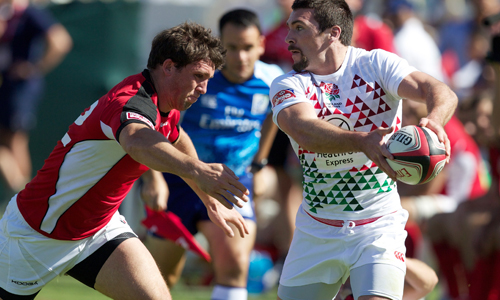 England 7s have recalled a trio of experienced players for the final round of the HSBC Sevens World Series at Twickenham this weekend.

Head coach Simon Amor has brought back Chris Cracknell, Mat Turner and Christian Lewis-Pratt to boost the hosts’ chances in front of what is expected to be a record crowd across the two days.

The trio, who have more than 80 tournament appearances between them, replace Sam Stanley, Jack Walsh and Sam Blanchet, who all made their Sevens debuts in Tokyo.

“As an England player, playing in front of a sell-out crowd at Twickenham is a huge occasion and having added experience in the squad will certainly be a benefit,” said Amor.

“A few of the guys have been injured in recent weeks so it’s great to have them back and I’m sure they’ll relish the atmosphere.

“Chris Cracknell brings physicality and size and, in the make-up of our team, that’s important. In Mat Turner, we’ve got someone who can be one of the best finishers on the series.

“Christian has come on a great deal in training in recent weeks—in terms of his leadership as well as attack and defence. I’m really excited to see how he goes.”

England will be keen to build on an impressive run of form which saw them finish third in Tokyo, runners-up in Hong Kong and Plate winners in Glasgow on Sunday.

Currently fourth in the World Series standings, England still have a slim chance of overhauling Fiji to snatch third, but face a tough opening day of the London 7s with reigning champions New Zealand, Argentina and rivals Wales in their pool.

“Everyone says that every pool is tough, but it is genuinely true,” Amor added. “This draw will be a challenge but we have spoken a lot in recent weeks and months about creating our own identity in terms of defence and attack and trusting our systems.

“If we get that right, we can be confident going into each game.”

England take on Wales at 11:34, Argentina at 14:40 before ending day one against the All Blacks at 18:06 with their results from Pool A determining their opposition for day two.