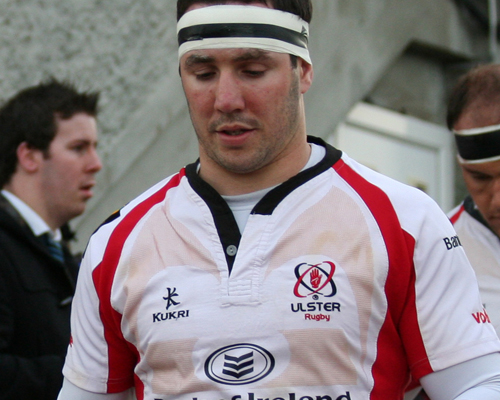 Ulster legend Paddy Wallace has announced his decision to call time on his “very special” career.

The 34-year-old, who made his debut against Swansea in 2001 and transitioned from outside-half to inside centre, is the province’s most-capped player having played 189 matches in 14 years with his last and only appearance in the RaboDirect Pro12 this season a 65-minute outing against Zebre in December.

Wallace also played 54 matches in the Heineken Cup for Ulster, including their 2012 Heineken Cup final defeat to Leinster at Twickenham, but saw the latter years of his career curtailed by injuries.

“I have been happy to call Ulster my home for all my life and to play at the one province for a whole career is something that is really special,” said Wallace.

“Professional rugby is all I have known for the past 14 years. I am going to miss playing at Ravenhill, the fans and everything involved with being a rugby player.”

Wallace won the 2003 Celtic Cup with Ulster and also helped them to the 2006 Magners League title before winning the Grand Slam with Ireland in 2009 on his way to 30 senior international caps.

“I have lots of fond memories,” he added. “I have had a great career and I wouldn’t change anything for the world.”

Wallace sustained a ruptured cruciate ligament against Glasgow Warriors in February 2013—described as a “bombshell” injury— before a brief comeback in December after a couple of outings with the Ulster Ravens, but was struck down again ruling him out for the remainder of his contract.