"All I have managed to do is convince enough clubs to call an EGM," says former WRU chief executive David Moffett 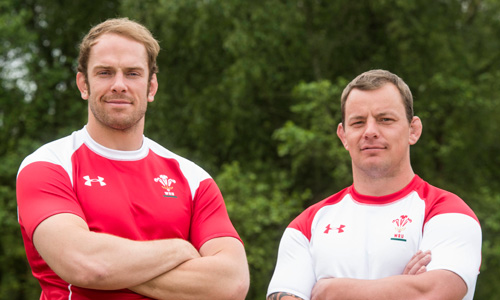 The Welsh Rugby Union has confirmed it is preparing to call an Extraordinary General Meeting for the first time since 2007 at the behest of its constituent members.

Former WRU chief executive David Moffett, who led Welsh rugby down the route of regional clubs before stepping down in 2005 and returning to Australia, is on a mission to save the domestic game in Wales and has dumped the blame on current chief executive Roger Lewis.

Lewis has come under increasing pressure from supporters and clubs for the decisions made by the WRU on his watch, but Moffett warned an EGM is a long way from success.

“All I have managed to do is convince enough clubs to call an EGM,” Moffett said.

“The single issue that has brought this to a head is the league structure. The WRU are like rabbits in the headlights. They will be held to account.

“How has it come to this? How do we have more than 50 clubs calling for an EGM?”

Moffett—who earlier this year launched a 28-page ‘One Wales’ manifesto on his vision for the future of Welsh rugby and has been a charm offensive with clubs since—presented signatures from 51 clubs to the WRU on Thursday afternoon without naming them.

But the WRU has said that only 43 were valid applications, which included all four professional regions who are embroiled in a separate battle over funding mechanisms, but still exceeded the 32 required to force the meeting.

“The only group with any power is the clubs,” Moffett added. “The WRU will find out that their actions have consequences.

“We are at the end of May and the clubs don’t even know who they’re playing next season.”

Prior to the agreement for a new organisation to oversee the running of the European competitions, the Welsh regions had flirted with the idea of defecting to England under the auspices of Premiership Rugby, who were behind the move for a more meritocratic competition.

Despite a solution in place for the successor to the Heineken Cup and Amlin Challenge Cup, the Welsh regions still have no participation agreement with the WRU for next season with the current funding arrangement due to expire in June.

The WRU’s constitution states that notice of the EGM will be given within 21 days and the meeting will take place no later than 28 days after the clubs are informed of the date and venue.

“The WRU welcomes the opportunity to address the issues raised by the clubs through an open and well informed debate,” said a statement released by the WRU.

“The proposed league restructure appears to be the primary issue in the nomination letters. The WRU is determined to provide all the information the 43 member clubs require within the EGM forum.”

Despite being one of the most outspoken critics of the WRU, Moffett will need to find a club willing to accept him as a delegate for him to speak at the EGM.