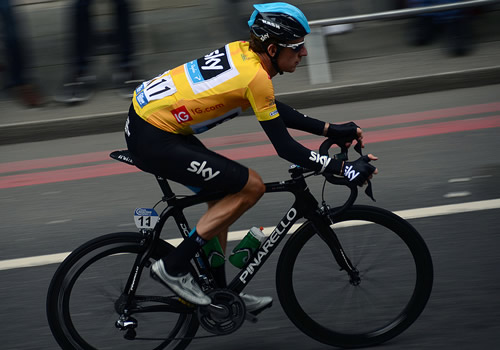 Sir Bradley Wiggins admits he wants another crack at the Tour de France after securing an impressive victory in the Tour of California.

Wiggins had lead the eight stage race since Monday’s time trial and successfully defended his 30 second advantage over nearest rival, Australia’s Rohan Dennis, as the tour concluded in Thousand Oaks.

If I am fortunate enough to be in the Tour, it will be in support of Chris

Mark Cavendish made it a double British celebration by sprinting to victory while another home rider, Adam Yates, continued his recent form with a fifth place overall.

However, Wiggins claimed if he did make another Tour de France appearance it would only be in support of fellow British cyclist and defending champion Chris Froome.

“If I am fortunate enough to be in the Tour, it will be in support of Chris,” he said.
“He wants to win his second Tour and, as the defending champion, everyone understands that, including myself.”

But Wiggins was delighted with his win in the USA, underscoring his decision to miss the Giro d’Italia in favour of the race.

“The team have taken the strain all week. They’ve done a fantastic job, even today they didn’t give up the chase,” he added.

“This victory is right up there, the reception we’ve had from the US public… it’s been a real honour. At 34, it’s nice to still be winning at this age.”

Cavendish also paid tribute to his Omega Pharma-QuickStep team-mates as he concluded the race as he started it – with a sprint victory.

“To be fair I wasn’t anticipating a sprint today,” he said.

“I wasn’t going to start today, let alone finish. But then I just thought I’d start.

“Overall I’m super happy with the group and my condition. I’m in good shape and the guys rode really incredible today. They really had some guts and I’m proud to again finish the job of a great team effort.”

Jonny Wilkinson aims to finish on a high after confirming retirement