Argentina v Ireland: Darren Cave is eyeing more playing time after his performance in a 29-17 win on Saturday 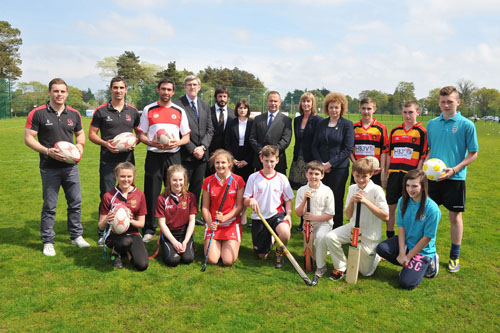 Darren Cave is hungry for more Ireland action after Saturday’s 29-17 win over Argentina where he occupied the sizeable hole left by the retirement of Brian O’Driscoll.

After years of the Irish midfield being dominated by Messrs O’Driscoll and D’Arcy, the 27-year-old Ulsterman’s sixth cap saw him line up outside his Ulster team-mate Luke Marshall where he put in a solid performance against the relatively unknown Pumas.

But with O’Driscoll firmly out of the way, he has a chance to steal a mark on his rivals for the coveted Ireland 13 jersey, and an 80-minute workout has left him wanting more ahead of next week’s series-ending second Test in Tucumán.

“I’m pretty chuffed with how it went,” Cave said. “I got my hands on the ball early, which was good. To be honest it’s left me wanting more.

“I made a couple of small mistakes, as did everyone, and it just leaves me wanting to play next week.”

A product of Belfast Harlequins and the Ulster Academy, Cave has had to bide his time on the international front since making his Test debut in 2009 as have so many before him.

Despite his international inexperience, Cave has achieved what so many Irish players have failed to do despite the difficult conditions and uncertainty of the opposition: win in Argentina, and would have scored a try had his foot not gone into touch.

The next step is to win the series 2-0, and the Ulster centre is up for another go.

“I was sucking diesel a wee bit, if I’m honest, having not played in a couple of weeks and it being a bit humid and a bit warm,” he added. “But, as I said, it’s just left me wanting more.”

Cave admits to not knowing anything about the opposition, with so many of Argentina’s star names based in Europe not selected in favour of a more domestic flavour, but Schmidt’s preparation machine kicked into gear and the man from Holywood has seen enough since the team landed in Buenos Aires last week to be impressed.

“When I first saw the list of Argentinian players on the plane I didn’t know a lot of them,” he said.

“Joe has hammered us with the individual player profiles all week and I’ve been very impressed, particularly with club rugby in Argentina, which I would have known absolutely nothing about.

“I’ve been very impressed with the standard.”