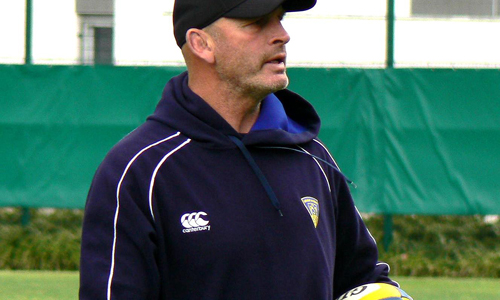 Vern Cotter has named 13 Glasgow Warriors players in the Scotland match-day 23 to face Argentina on Friday in Córdoba.

Only four players keep their places from Scotland’s 19-17 win over Canada in Toronto last Saturday with many of their England- and France-based players returning to their clubs.

Warriors duo Stuart Hogg and Sean Maitland keep their places at full-back and right wing, respectively, with Tommy Seymour joining his club team-mates in the back three.

Peter Horne also keeps his place at inside centre with Biarritz outside centre Nick de Luca, called up to the squad last week, getting an unexpected start in the midfield despite a lack of game time after being frozen out of the end of the season at Edinburgh.

Warriors outside-half Duncan Weir gets a chance to show Cotter what he can do with his first run-out since the Six Nations and he is joined by Edinburgh scrum-half Grayson Hart in the half-backs.

A depleted back row sees Kieran Low make his first start at number 8 with his London Irish team-mate Blair Cowan winning his second cap on the openside with the Warriors’ Rob Harley on the blindside.

The front row boasts more experience as Ross Ford becomes Scotland’s most-capped hooker with experienced campaigners Al Dickinson and Geoff Cross packing down either side of him.

In an inexperienced second row, Edinburgh lock Grant Gilchrist, 23, also keeps his place and captains the side in just his seventh senior international with 20-year-old Warriors rising star Jonny Gray, making his first start, joining him in the engine room.

“I hope that I can fulfil what it is to be Scotland captain. For me it’s a boyhood dream. Of course there’s massive responsibility, not just to this team, but to the entire country and Scotland fans throughout the world, but I’m really excited by it.”

Scotland have won their last three Tests on Argentine soil, once in 2008 and twice in 2010, and the Pumas, with the Rugby Championship on the horizon, have lost to Ireland in two matches over the past fortnight.