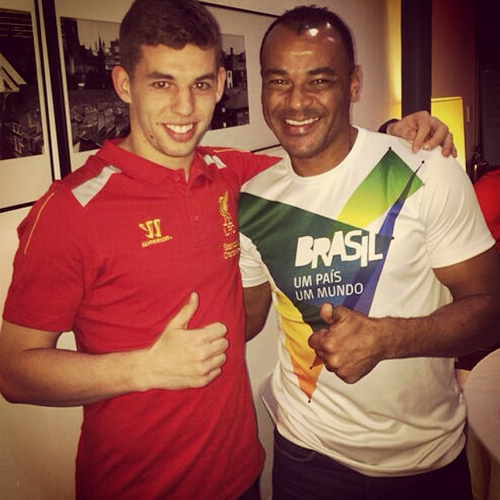 Steven Gerrard can count Cafu among his football friends after the Brazil legend wished the Liverpool midfielder good luck ahead of England’s clash against Uruguay on Thursday.

The former AC Milan and Roma right-back travelled to Merseyside to watch Liverpool’s 2-1 victory over Newcastle United on the final day of the Premier League season.

Cafu’s trip to Liverpool came about after Brazil’s most-capped player endorsed comparisons made between the South American and up-and-coming Reds defender Jon Flanagan.

And it appears England and Liverpool captain Gerrard made a big impression on the 44-year-old if the two-time World Cup winner’s Twitter post on Thursday afternoon is anything to go by.

Good luck to my friend Gerrard!!! He gave a big welcome in Liverpool!!