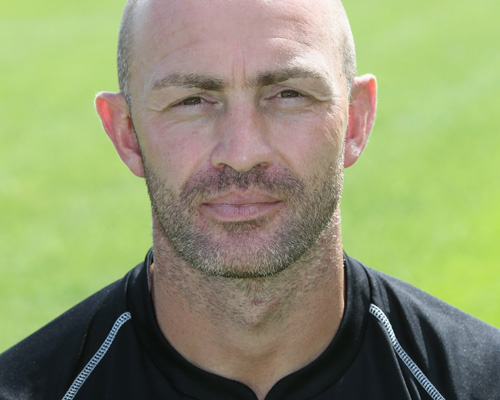 Calum MacRae has described his appointment as Scotland 7s head coach as a “huge honour” ahead of the new IRB Sevens World Series season.

The 34-year-old former Border Reivers and Edinburgh versatile back—who hails from Melrose, the birthplace of Sevens rugby—starts his new role ahead of the season which begins on the Gold Coast in October.

“Melrose is my home town so it’s a huge honour for me and my family to coach the short game at the highest level,” MacRae said.

“I have a huge amount of love and passion for the game and I know that I will transfer that into the performances of the players I’ll be working with.

“Having played Sevens I know the unique environment it represents at the top level and how important it is for developing players. I’m looking forward to working with a talented group of individuals, to produce world-class sevens and, ultimately, XVs performers.”

MacRae, who has spent the last three seasons as Newcastle Falcons skills and attack coach under Dean Richards, will succeed incumbent Stephen Gemmell, who returns to his position as Scottish Rugby’s head of performance development after next month’s Commonwealth Games in Glasgow.

“I have always said if a coaching opportunity arose in Scotland I would look to be considered,” he added. “The time frame for this offer fell in line and it couldn’t have been better for my coaching career.

“My role at Newcastle Falcons was very adaptable and I worked under a number of quality coaches, in Dean Richards, who helped make this move possible, Gary Gold, John Wells and Graham Steadman, and I will be looking to implement what I have learned from them.

“Going forward I believe the high pressure and intensity of professional rugby is a good environment for me to have been brought up in.

“At the beginning of my term with the Falcons it was like a baptism of fire and as a team we have been up against the odds on a number of occasions in the past three years. However, we bounced back from dropping out the top division and have retained our place this year.”

MacRae’s professional playing career began at the now-defunct Border Reivers before joining Edinburgh for two seasons in 2007. Limited playing time at Worcester Warriors and Venezia Mestre followed before former Scotland defence coach Alan Tait made an approach to join him at Kingston Park.

On the international front, the Borderer represented Scotland at age-grade level making it as far as A team, but his senior involvement was limited to call-ups to the extended squads in the 2006 and 2008 as well as the 2007 Rugby World Cup.

He fared better in four years in the abbreviated form of the game, competing at the 2005 Rugby World Cup 7s in Hong Kong before making his appearances in Hong Kong and Adelaide in 2009 and Scottish Rugby Union director of rugby Scott Johnson is convinced he has the right man to take the Scotland 7s set-up forward.

“I’m delighted that Calum has agreed to return to Scotland to lead Scotland 7s in the new chapter that will follow this summer’s Commonwealth Games in Glasgow,” said Johnson.

“Calum is a Melrose man and therefore has a wealth of experience and huge passion for Sevens rugby, which he has played at the highest level for his country.

“I have no doubt he will use this understanding and the knowledge that he has garnered in the Aviva Premiership, where he has cut his teeth as a coach, to lead and influence the Scotland 7s team going forward.

“Having only hung up his playing boots four years ago, Calum is a young and exciting coach who I look forward to seeing grow in this role and I wish him all the very best.”