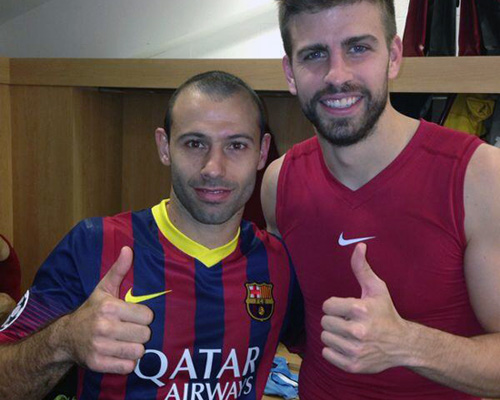 Javier Mascherano has shared a picture of his honorary Argentina shirt after earning his 100th cap in a 1-0 victory over Iran.

The former Liverpool and West Ham United midfielder became just the fourth Argentina player to reach the feat, 11 years after his debut against rival South Americans Uruguay in 2003.

Mascherano was one of Argentina’s better performers as Lionel Messi scored an injury-time winner to help one of the World Cup favourites limp past unfancied Iran in Group F on Saturday.

And Mascherano, who helped Liverpool reach the Champions League final in 2007, paid tribute to his team-mates after achieving the milestone.

Liverpool transfers: ‘Juan Iturbe in no rush to leave Verona’