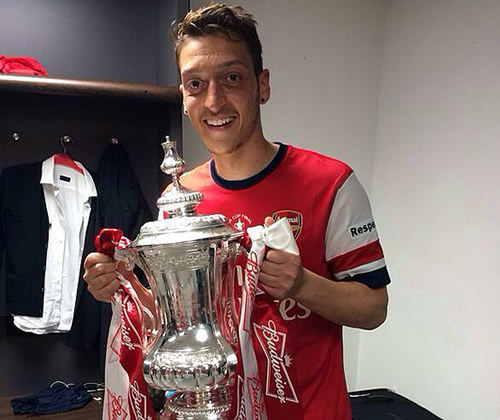 Michael Ballack feels that Mesut Ozil does not deserve some of the criticism aimed his way in recent weeks.

The Arsenal playmaker has found himself under pressure in recent months after failing to find consistent form for the Gunners in the second half of the Premier League season.

However, Ozil has featured in both of Germany’s opening World Cup games against Portugal and Ghana – and former midfielder Ballack is backing the 25-year-old to find form soon.

“I am surprised by the critical views on Mesut Ozil,” said Ballack. “For me, he is and he remains an extraordinary player.

“Yes, he has not had a overwhelmingly good match at the World Cup until now but he did not disappoint me either.

“He needs a magic moment, he must force this moment to happen.”

Chelsea fans grow their own patch of Stamford Bridge